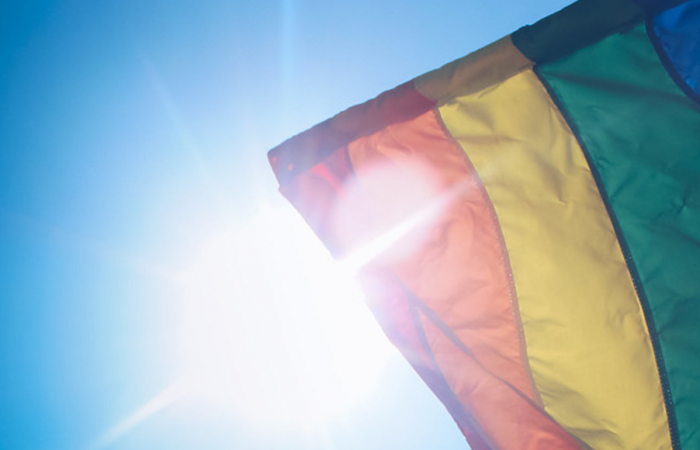 The Castlemaine Lawn Tennis Club (CLTC) were excited to host the Castlemaine LGBTQI+ Championships on Sunday 25th April. Over 80 participants took to the court either competitively or socially, and many laughs were shared by all! The competitive stream boasted 114 thirty-minute scheduled matches, with participants all vying to be crowned champion across the different events and grades.

An incredible variety of players arrived at the event, with many of them having travelled from Melbourne to join the local competing players. This included the talented David Tan (Melbourne) who is the 20th ranked player in the world for the Gay & Lesbian Tennis Association (GLTA). The value of tennis bringing people together was evident as those in the LGBTQI+ community were joined by many allies. “It was amazing to see the awesome collaboration between the CLTC and VicTennis for this event in achieving what is an important message for tennis and sport in general, that anyone is welcome to play and we encourage you all to do so” said Peter Bertoncini, Tennis Victoria’s Club Development Officer.

The event was a collaboration between the CLTC, Tennis Victoria and VicTennis, who are one of the largest and longest standing GLBTI sporting associations in Victoria. “Castlemaine Lawn Tennis Club was the perfect partner for this venture. A collaboration between established clubs and under-represented groups such as the LGBTIQ+ community are the perfect way to create more diversity, inclusion and understanding in our community. Tennis is the glue that brings us together and the kind folk at the Castlemaine Lawn Tennis club showed us that the LGBTIQ+ community is welcome and belong no matter where they are in the state,” said Rowen D’Souza, President of VicTennis.

The CLTC did a marvellous job of not only hosting the event, but also engaging with the LGBTQI+ community to maximise the benefits for the club, individuals involved and the wider community. “The vibe on the day was tremendous with the event planned to coincide with the weekend of the Castlemaine Pride Festival. The BBQ lunch and desserts prepared by club volunteers was said to be some of the best food on the LGBTI tour circuit! The club, which seeks to be inclusive to all, has added the event to its annual calendar and looks forward to hosting the event next year and for many years to come” said CLTC President Sam Beckett.

Full results can be found below: