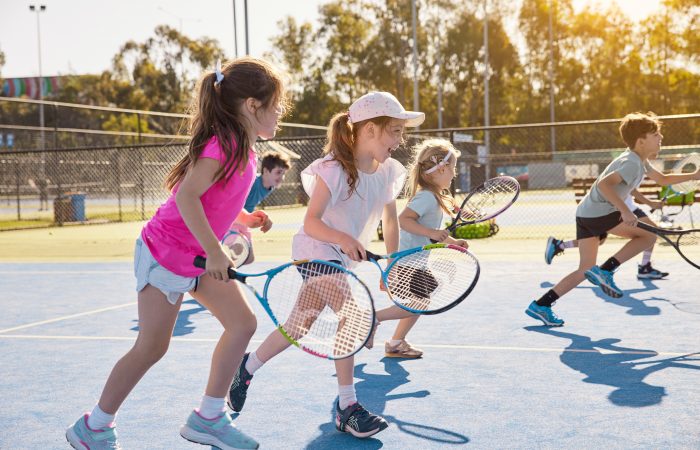 Mallacoota Tennis Club has linked with the Mallacoota P-12 School creating community connections and sharing the use of the facility. This partnership has increased the access during school hours and overall usage of the courts for young people to play.

Country East School Development Coordinator, Alastair Doherty talks us through the process of going from the classroom to the court:

Making use of an event at the tennis courts involving Tennis Australia and the Australian Tennis Foundation, the school and club were approached to discuss the potential of a school club membership, where the school would pay for the students to have access during school hours to run Teacher supervised lessons/activities.

Initial discussion showed a keen interest by the school and a willingness to proceed.

Daytime access was an issue, with the clubs using a lock, which required a key to access. To solve this issue, the club is now in the process of installing the Book a Court electronic system to make access for the school simpler (as well as for the general public).

A contract or Memorandum of Understanding (MOU) was required to formalize the agreement. An initial school club membership form was created, but a simpler version was settled upon. This allowed access and support by the club to the school, with it to be re-visited at the end of the first year.

Mallacoota P-12 now has access to the courts, which they previously were unable to have.

The Mallacoota Tennis Club has more young people accessing and using the courts during school hours, increasing the viability of the sport and the local engagement of the club.

Clubs and schools can work together to achieve a positive outcome of facility access and usage.

The club receives an additional benefit of its positive engagement with young people and their families, with an increase in memberships to the club.

MOU’s are preferred to formal contracts, as it allows both parties to have more freedom in exploring future options.

Access to the courts needs to be made easier. Either by allowing schools to hold an access key, or by setting up an electronic system such as Book a Court.

Flexibility by the clubs. The previous barrier to allowing the school access to the courts was based around membership fees of $40 per person ($20 for juniors). Once the focus was changed from income, to a social engagement one, the club has seen more use, and a better image within the community.

Support from Tennis Victoria staff to link the club and school together was key. Previously no agreement could be reached, and the school had previously moved away from this idea due to the membership barrier.

Once the school year has come to a close, the feedback from both parties (school and club) will be sought to identify any further barriers, and create solutions.

We will also look into whether the club has seen an increase in memberships, particularly those that are family or junior.

The clubs future engagement projects will be key to a long term success of the program. Events such as ANZ Hot Shots for the students, or parent focused Open Courts Session/Cardio tennis activities will be future drivers of the clubs success.

Tennis Victoria will continue to work with both the school and the club to keep a strong and positive relationship going.

If you are interested in discussing or accessing the School/Club Membership contract, or the example MOU that we have created as part of this case study, please contact the School Development Coordinator for your area and they will be happy to help.