Last week saw plenty of success for our Victorian junior athletes at the National Claycourt Championships in Canberra! 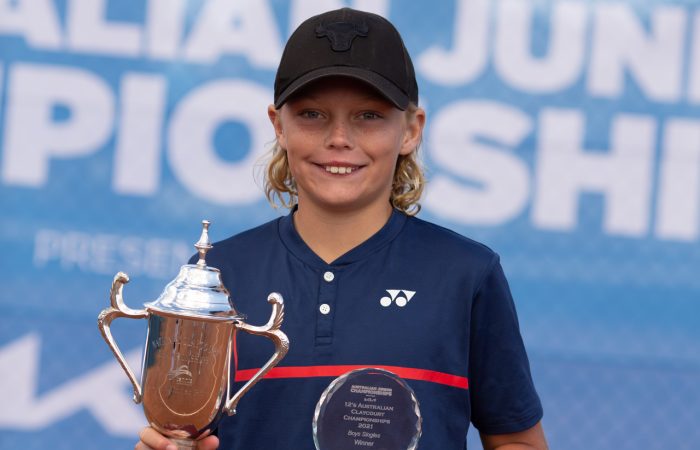 Cruz Hewitt (left) has emerged victorious in the 12/u final of the 2021 National Claycourt Championships over the weekend. The number one seed defeated New South Wales’ Elijah Dikkenberg 6-1 6-2.

Cruz and his doubles partner Asher Brownrigg (QLD) were also crowned the 12/u boys doubles champions with a three-set victory over Cody Atkinson (Qld) and Elijah Dikkenberg (NSW).

Fellow Victorian Koharu Nishikawa (below) was also a finalist in the 12/u girls competition, advancing after a thrilling two-hour semi-final win against Emerson Jones of Queensland. Nishikawa ended her tournament as runner up, with number one seed Tahlia Kokkinis (QLD) taking the title 6-3 6-1.

Nishikawa along with Victorian Ava Beck took out the 12/u girls doubles final, defeating Emerson Jones and Tahlia Kokkinis 1-6 7-6 10-4.

It was a fantastic week of competition at Canberra Tennis World, with junior athletes from all over the country coming together to compete for the first time in 15 months. 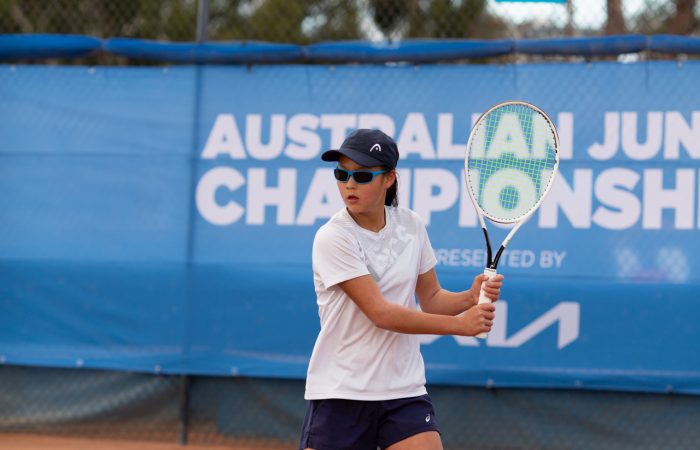 “Players competed in five highly competitive singles matches, as well as doubles and mixed doubles matches to give them a great benchmark on how they compare with the best players in their age group from across Australia.” said Tournament Director Francis Soyer.

Tennis Victoria is very proud of the 21 total athletes who represented the state throughout the week. A huge congratulations goes out to all involved for an incredible return to competition.