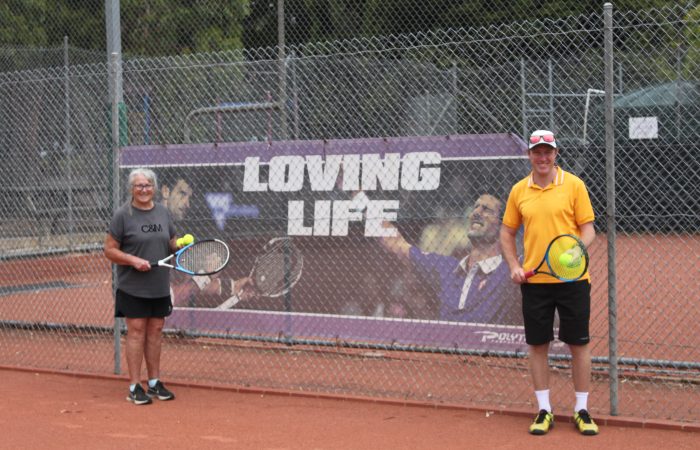 East Ringwood Tennis Club jumped on to the new ClubSpark system in the middle of 2020 and have been ‘loving life’ ever since!

The Club had many volunteers, including President Joan Carter who completed the daily administration for the club. But when Jacob Mutton, the Club Coach at East Ringwood suggested that the Club try the new system and give it a go after implementing at Parkwood Tennis Club, Carter was all for it.

“I was busy doing other things, but then Jake suggested it, and I thought, we can only say we don’t want it anymore, but we were really happy” said Carter.

Carter was the first person at the club to personally benefit from ClubSpark, noting the amount of administration that had been lifted by simply switching over to the new system.

“A good 50% of my administration load has been taken off my shoulders, I was using an excel spreadsheet and now everything is automatically updated. It’s also helping us when we go through a financial year, I don’t have to go through all the invoices because people will get one automatically through ClubSpark” explained Carter.

“There’s also a lot less personal contact needed, so when you have a small committee like ours, you don’t have to ask anyone to come down and open up the courts, as it’s all done for you.”

“The membership part is so easy too, you can merge profiles, delete them or archive them it’s all nice and easy, it’s got the membership, the website, the contacts all in one, that’s handy as well” Mutton added.

The system has supported off-court activities at the club, but East Ringwood Tennis Club has also benefited on-court as well, having boosted participation just by onboarding to ClubSpark.

“People are willing to come down, have their hit, and sometimes we have three courts for social hitting and we never used to have that.”

It’s a routine and a system that social players have adapted to, but this has also filtered through to the club’s general membership.

“Sometimes members ring me up and say, can I go and have a hit, and I say yes definitely, go to book a court and go on the website, it’ll do it all for you” Carter explains.

“It’s a routine that people will need to get used to, but it makes things easy, you get a confirmation email with a gate key code and have access to the court and have a wonderful time.”

“And it caters for everyone too, there’s some people that want to come and have a hit and then go straight home, then there’s others that see it as a more social time.”

Although there are 196 Tennis Clubs around Victoria that have made the transition to ClubSpark, there are some yet to make the journey across – we asked Joan & Jake if they had any advice to Clubs looking to get onboard in the future?

Joan: “Do it! It’s mint! I’m using it and reaping the benefits as an administrator, so I’m going to be singing it’s praises.”

Having already implemented the system at Parkwood Tennis Club, Mutton also mentioned to start small with the Book a court system as clubs begin to implement it into their communities:

Jake: “Even if you’re not comfortable with doing all the courts (through Book a court), just start with one entry point. The other thing is to point people to your best courts, don’t force people to have a court that’s not your best, you want them to have a good experience when they come.”

To find out how to get your Club on board the new ClubSpark system, contact your local Club Development Officer here: https://www.tennis.com.au/vic/about/staff