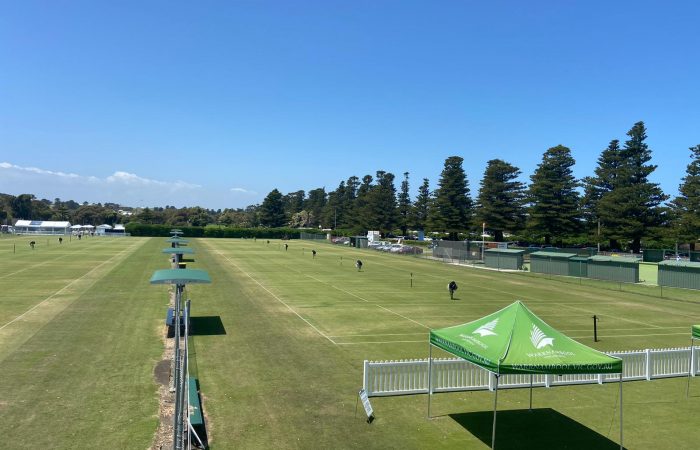 12 months ago, it was Goulburn Region who lifted the trophy for the 64th Interregional Championships in emphatic fashion in Mildura, winning their 4th straight championship in as many years with 347 points, 125 clear of the next best.

Fast forward 12 months and the eight other Country Regions are ready to chase down the dominance of the Goulburn Region as they embark on Warrnambool!

Who should we be looking out for this weekend?
The strength of Barwon and the South West will be boosted by Olivia Rich (Barwon) – who has a UTR of 9.37 and young gun Eloise Swarbrick (South West) – who is no stranger to the local area of Warrnambool.

Swarbrick is an 18 year old player who is looking at college in the next 12 months and ranked 77 in Australia.

Nicholas Gattuso (Goulburn) is also one to watch in the 25/u age group, Gattuso is looking to defend his singles and doubles title after a successful 2020 campaign.

The weekend will also feature recent State Champions from December including Isabella Crossman (Loddon Campaspe) (playing in the 18/u) and Jarrod Joyce (Central Highlands) (playing in the 16/u) who are both fresh from singles and doubles victories in Bendigo.

Key Matchups to look out for?
The key matchups this weekend will undoubtedly be the Open Men’s and Women’s Singles.

All players will have their part to play in such an open field. The Winner of these Divisions could come from anywhere in the draw. Both Open competitions set the tone for Goulburn’s victory last year, with Jarrod Bingham and Eliza Long’s victories in 2020 going a long way to securing victory for that region.

Another contest to watch
The two inter regional heavyweights of the past decade is a major rivalry. Barwon Region will be looking to reassert their dominance of the early 2010s and halting the Goulburn run of victories in recent years.

Good luck to all Regions participating this weekend.