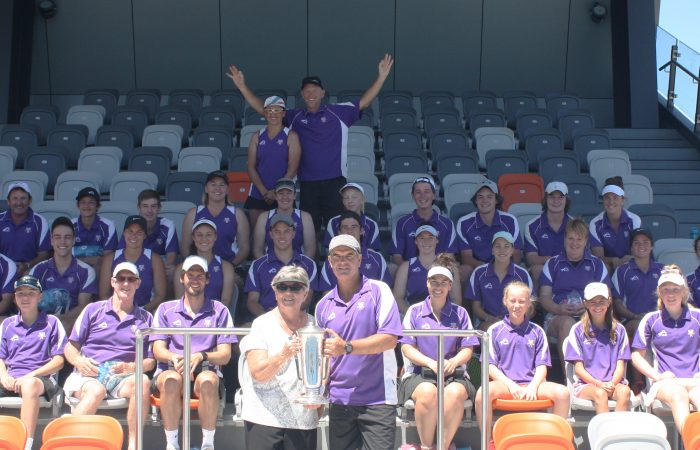 Over 200 players have been selected to venture to South West Victoria and represent nine Victorian country regions, competing in both team and individual events.

This historic event will be the 65th Annual Tournament, held over 3 days from January 8-10 at the Warrnambool Lawn Tennis Club.

“Warrnambool will be the focal point for Victorian Tennis in January when the 65th Inter-Regional Country Championships take to the world class grass courts,” Holdaway said.

“This Tennis Victoria event showcases the range of players we have in the Tennis community, as it integrates women and men from under 12 to over 50 at one tournament, with a variety of formats played across three days, including Junior and Senior Mixed Doubles Events.”

“It’s an event with a fantastic, friendly atmosphere that players look forward to coming back to compete in.  It also gives players a chance to experience a different corner of Victoria each year and we are delighted to be hosted by Warrnambool in 2021!”

“We welcome all players, their families and supporters to our beautiful city. I would encourage everyone while they’re here to take some time between matches to check out the beach, rivers and our great cafes and restaurants. Good luck to all competitors.”

Kim Tobin, President of Warrnambool Lawn Tennis Club was also excited for the Club to host such a large-scale event.

“We look forward to welcoming players from all over regional Victoria this January and intend to showcase our spectacular lawn court facility situated amid the beautiful Lake Pertobe and beachside precinct.”

“The tennis tournament will be complemented by a social atmosphere incorporating live music, relaxing amenities and off-court activities.”

Four-time defending champions, Goulburn, will be looking to secure their fifth consecutive win and maintain their consistency into the 2021 competition.

Before Goulburn’s recent ascendency on the competition, the Barwon Region were the dominant Region between 2009 and 2016 with eight consecutive titles.

Warrnambool last hosted the Inter-Regional Championships back in 2008, ironically when it was last won by a Region other than Barwon or Goulburn.