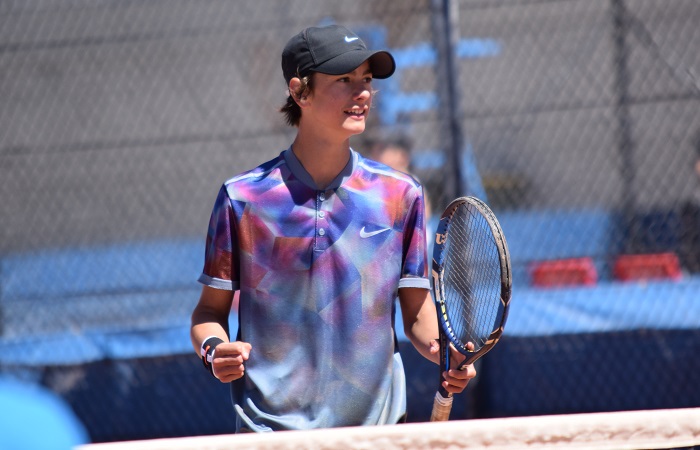 After announcing his commitment to the Seminoles this week, Bulte, 18 has come through the Junior Tennis Pathway in Australia, and will fly 15,452km from Melbourne to Tallahassee in August, 2021.

“I started playing when I was 6 years old, I started at Beaconsfield Tennis Club playing ANZ Tennis Hot Shots and then moved onto the Under 8 Competition.”

“My Mum was really into tennis, we always watched the Australian Open together, watching Lleyton Hewitt and other Aussie players really inspired me to get out on the court and try the sport.”

Following his participation in the ANZ Tennis Hot Shots program, Bulte then moved to Fountain Gate Tennis Club where he started playing Saturday Competition. Showing potential on the Court, it was only a matter of time before Alex was invited to the National Academy in Victoria, a program which he’s been involved in since he was 12.

“We usually train in the morning for a couple of hours, followed by an hour of gym, then go into the classroom for a few hours, then either go back home or do another session in the afternoon.”

Bulte, like most people, has experienced a wild 2020. Currently completing Year 12 in the classroom at Tennis Australia, while organising which College would be the best fit for him in 2021.

“I had a few colleges on my list who reached out to me, and who were keen to have me on their team. So, I made a list of the location (of the College), where the team ranked, their academic side, coaching and other different factors. I also had Alex Jago (Formally Tennis Australia) help me out with advice on the College experience.”

“It came down to Florida State and Oregon, but I thought Florida State was the best fit for me, Florida is a great state for Tennis and the weather is good all year round, and they look like they’re in a good spot for years to come.”

Florida State was impressed with Bulte’s gamestyle and have kept in contact with him throughout the process, checking in once a week via phone before his official visit scheduled for early 2021.

“I’ll go on an official visit in March/April next year. I’ve actually never been to America before!”

Bulte has also had support from fellow Victorians, who have either been through the College Tennis system, or are currently playing in the US.

“Andrew Harris (Oklahoma), Connor Di Marco (Tulsa) and Stefan Storch (Texas A&M) have given me some insights into what happens at college, daily schedules, they’ve been really good.

“I’ve only heard positive things about college and the experience you have over there, so I’m pretty pumped.”

Bulte, amongst other Victorian Tennis Players that are experiencing College Athletics, will have to face the uncertainty around the pandemic in 2021, but he is taking that in his stride.

“They’ve (Florida State University) said if COVID is still around (by August 2021), you can do your education from Melbourne but under the Florida State banner, and I’ll still be able to play futures or pro tournaments. But there’s always full training going on, they’re training at the moment, but just waiting to get on court and compete.”