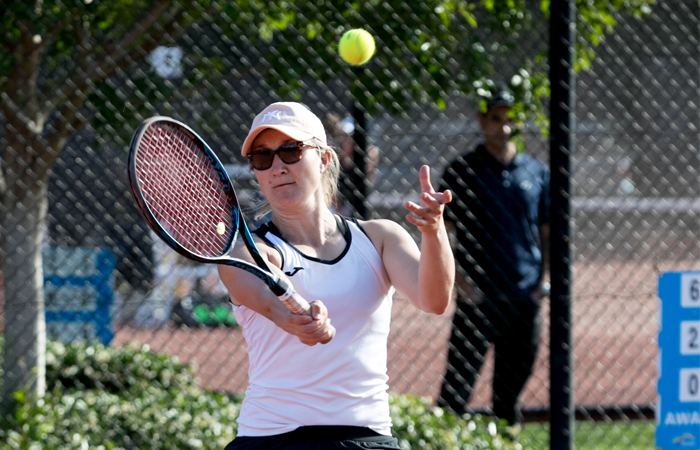 Congratulations to Genevieve Lorbergs who has been appointed as one of three Scholarship Coaches as part of the Females in Tennis initiative.

The program will give the Scholarship Coaches the opportunity to gain valuable experience in coaching our talented performance players.

Leading the charge will be former Australian No. 1, Nicole Pratt, who is set to inspire the current and next generation of female tennis coaches.

While continuing to coach at the high performance level as Australia’s Billie Jean King Cup coach, Pratt will take on the new role of Females in Tennis – Coach Lead, focussing on attracting, developing and retaining female coaches at all levels to growing the number of female coaches by 10% over the next three years.

“I’m passionate about getting more female coaches working with players of all ages and at all levels, and I’m excited about this new opportunity,” Nicole Pratt said.

In her new role, @NicolePratt_OLY will create more opportunities for females in tennis coaching #TheCourtIsCalling https://t.co/O5BOA2MKz0

“At the top level, tennis leads the sporting world in gender equality, with equal prize money at the Grand Slams. But like many other sports, it’s an ongoing challenge to keep girls engaged, particularly when they hit their teenage years.

“Closing the gender gap at the participation level is vital to the ongoing success of our sport, and we know that having more women involved in coaching is one of the keys to keeping girls involved in tennis.

These new roles are part of the federally funded Females in Tennis initiative announced at the Australian Open in 2019. Highly experienced tennis administrator and Coach Educator, Andrea Buckeridge also moves into a new role as Project Manager – Women and girls and will oversee the federal funding provided to Tennis Australia to improve participation rates and representation for women and girls in tennis.