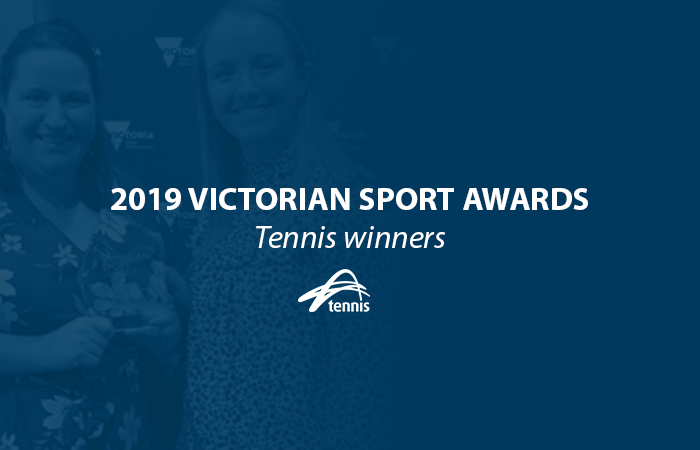 Tennis Victoria is today celebrating the success of three winners at the 2019 Victorian Sport Awards, with Melbourne Tennis Month being named the VicHealth Active Initiative of the Year, Kyvalley Tennis Club being crowned the Love the Game Community Sporting Club of the Year, and Dylan Alcott taking home the Governor’s Award Victorian Male Athlete of the Year – Frank Wilkes Award.

Presented by VicSport in partnership with the State Government of Victoria, the awards were received in front of a full house at the Marvel Stadium Victory Room, with Tennis Victoria staff and the Kyvalley Tennis Club in attendance to accept the awards.

Dylan Alcott was unable to make it, however coach, Brenda Tierney was on hand to accept the award on his behalf.

Check out all the tennis winners below.

“The main thing we wanted to say is that we couldn’t have done it ourselves at Tennis Victoria,” Tobias said.

“We had 163 clubs involved and 28 of the Melbourne metropolitan Local Government Associations.

“Thank you for supporting us in this initiative and helping us get players back on court.

Tobias credited the Tennis Victoria team in the success of the initiative.

“We’ve got a really good team. Jess Oliver is one that really drove this program.

“Our Club Development Officers worked really well with their club’s to encourage them to provide lots of different opportunities for people to come and enjoy,” she said.

“It wasn’t just Open Days, it was Seniors Days, Hot Shots, there was so many opportunities for people to get involved and it was great.

“Thank you to everyone that contributed.” 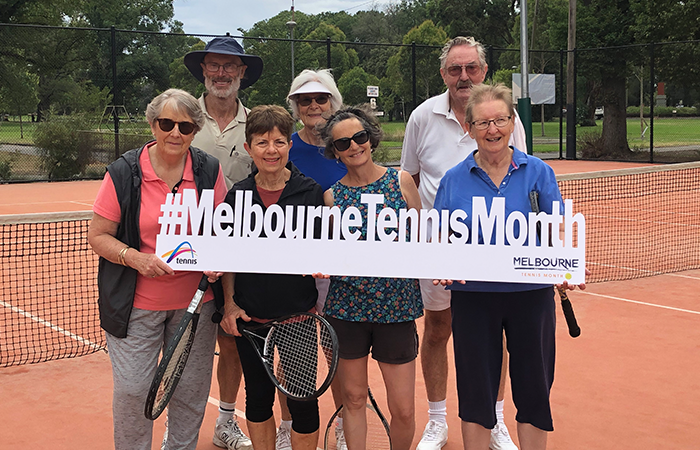 Within a community of only 329 permanent residents, Kyvalley Tennis Club provides a safe and welcoming environment for their 304 registered participants.

Junior players have the opportunity to play in the Kyabram and District Tennis Association, professional coaches are on hand and a female participation program focuses on inclusion.

“We haven’t even got a town at Kyvalley,” Williams said.

“We are a farming community of 300 people and we have over 300 participants.

“We draw from the local and surrounding towns.

“(The club) has got a great family community atmosphere at the club and we love it.

The impact of the club within the small town does not go unnoticed, particularly with drought affecting the local community.

“Things are very tough in our area, traditionally we have been a diary industry which has been hit very hard. But sport definitely brings out the best in people,” she said.

Tennis Victoria, and the wider tennis community, would like to congratulate the Kyvalley Tennis Club and we look forward to seeing you continuing the great work. 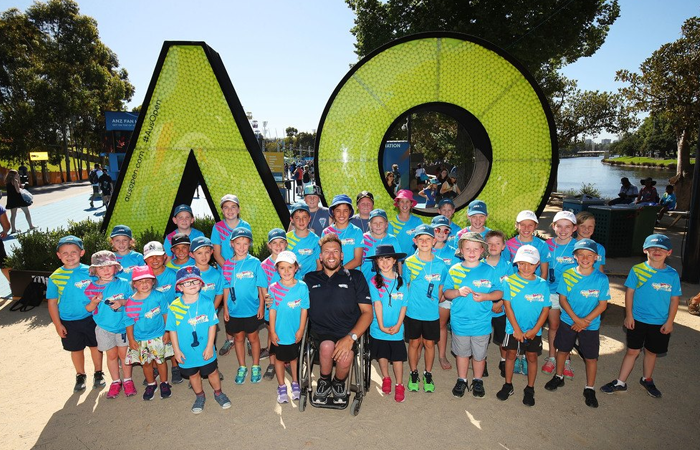 One of the stars of Australian sport, Dylan Alcott won three 2019 Grand Slam quad wheelchair singles titles – the Australian Open, the French Open and Wimbledon, and made the US Open final.

Alcott finished the year as the no.1 ranked player in the quad wheelchair singles.

While Alcott was not present to accept the award, a pre-recorded message from Sydney ensured he was able say his thanks.

“G’day everyone it is Dylan Alcott here, and if this video is being shown at the Victorian Sport Awards, I guess that means I must’ve won,” Alcott said.

“I want to say a big thank you to everybody who gave me this award. I absolutely love being Victorian. I’m from Melbourne born and bred.

“The Victorian sporting system has been nothing but supportive of me ever since I was 10-years-old and first picked up my tennis racquet.

“To the Governor, to all the sporting associations throughout Victoria that have been involved in my career, Tennis Victoria, Basketball Victoria, Wheelchair Sports Victoria, Disability Sport and Recreation Victoria, the Victorian Institute of Sport.

“I am nothing without all of you guys. Thank you so much for the continued support, it is going to be a massive 2020, hence why I can’t be there.

“I am doing everything I can to bring home a few more gold medals at the Tokyo 2020 Paralympics.

“As I said, to everybody that has supported me, thank you so much and I really appreciate this award.”

Congratulations Dylan on behalf of Tennis Victoria and we look forward to watching you throughout the year. 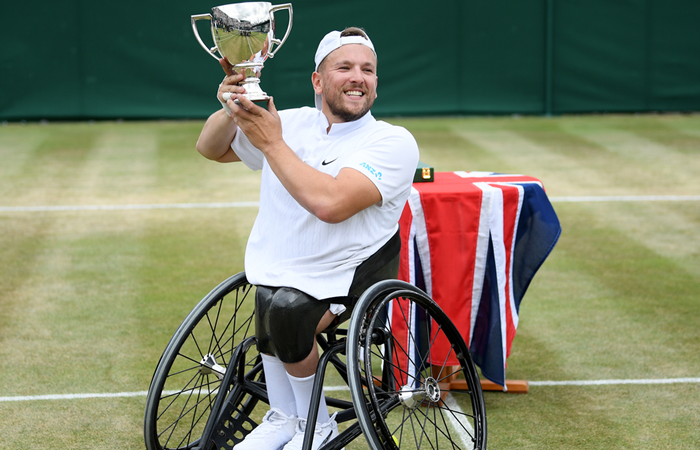