Steve Baldry recognised for his service to tennis 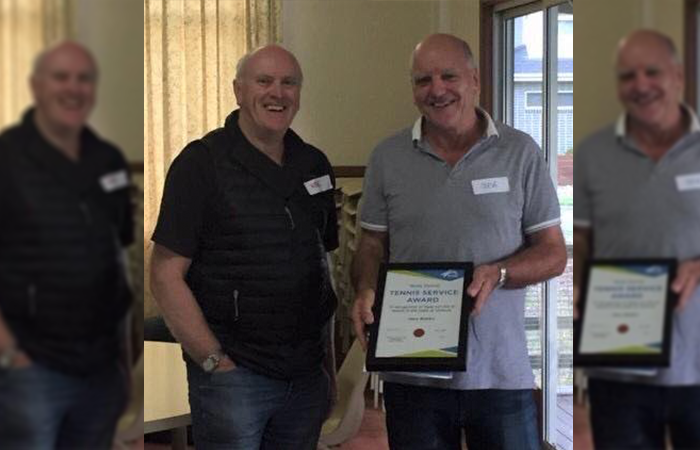 Steve Baldry has been recognised for his involvement at the East Croydon Kilsyth Tennis Club after he was presented with his Tennis Service Award.

Steve currently holds the role of Club Secretary at the club, a role he has held from 1985. This is a massive 34 years of tireless service.

Steve also played a pivotal role in the successful merger between East Croydon and Kilysyth Tennis Club just over three years ago.

Additionally to Steve’s 34 years of service as Club Secretary, Steve has also served for more than 30 years as the Secretary of the Lilydale & District Night Tennis Association. Steve has been integral to the growth of the Association over the past 30 years, since inception. Its popularity is such, that now there are 48 teams competing in the Association.

Steve has achieved many things over his time such as:

A fierce competitor on the court, Steve plays in the Veterans Metro Masters Competition where Steve is regarded as someone who continually displays good sportsmanship on the court.

Steve is a highly respected individual around the club. Known to many as “Mr Fix-it” of the club, when things go wrong Steve simply quietly goes about organising a solution. Never one to sought recognition – Steve simply gets the job done.

Congratulations Steve and thank you for your contribution to Tennis in Victoria.