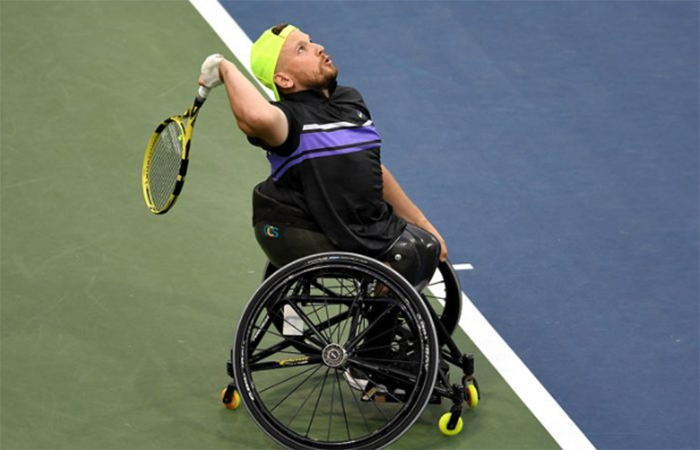 Tennis Victoria would like to extend its congratulations to Yvonne Fantin, Shirley Whitaker, Cooper White, Dylan Alcott and the Kyvalley Tennis Club after they were named finalists for the upcoming Victorian Sport Awards, to be held at Marvel Stadium on Wednesday 26 February.

The Victorian Sport Awards honours individual and team athletes, coaches, administrators and volunteers from both metropolitan and regional Victoria. Every year there are hundreds of nominations for the various categories and it is a significant achievement to be named a finalist.

“We would like to congratulate Yvonne, Shirley, Cooper, Dylan and the Kyvalley Tennis Club volunteers for being named finalists for the VicSport Awards,” Holdaway said.

“They have all had an outstanding 2019 and I think they are all incredible role models for their communities.

“We have been fortunate that two of our initiatives are also being acknowledged with Melbourne Tennis Month and Tennis Victoria Country Week named as finalists. There has been a lot of hard work put into these initiatives and it’s fantastic that they have been recognised in this way,” she said.

Get to know the Victorian tennis finalists:

With over 20 years coaching experience, Topseed Tennis’ Yvonne Fantin delivers a comprehensive, innovative and inclusive coaching program that offers pathways for players from a beginner level all the way to the elite level.

Kyvalley is a small club doing big things. The community of 329 permanent residents incorporates a hall, community park / pool, and the tennis club. Nestled amongst dairy farms about two and a half hours from Melbourne, the club and its facilities are driven by the community.

Dylan Alcott continues to be a positive role model for not only other tennis players and athletes with a disability but the wider community.

Shirley was also a finalist at the World Individual Championships, losing only one match in the round robin competition.

Although Shirley is a quiet player, her determination and friendliness sees her highly respected amongst her tennis peers.

Fresh off his Junior Davis Cup appearance for Australia, Cooper White has claimed back to back Junior Athlete of the Year – Male titles at the Victorian Tennis Awards.

Cooper’s progress over a number of years has seen 2018/19 deliver some strong results on court. Titles in Indonesia and New Zealand came off the back of a wonderful win at the 16/u Australian Championships in doubles.

His big highlight came in April 2019 when he was selected to represent Australia at the Junior Davis Cup qualifying tie in Thailand.

Approximately 163 clubs were involved in the initiative with more than 450 free tennis events taking place during the month. There was something for everyone with inclusion programs, seniors, children and families all able to access tennis.

With 1200+ participants involved, Tennis Victoria Country Week is regarded as the largest community tennis event in the world.

Hosted in regional locations around the state, this event has participants travelling from all over the country and injecting substantial money into the local economy.

During the event, participants have access to a variety of health activations, giving those that may not have access an opportunity to receive basic health information.