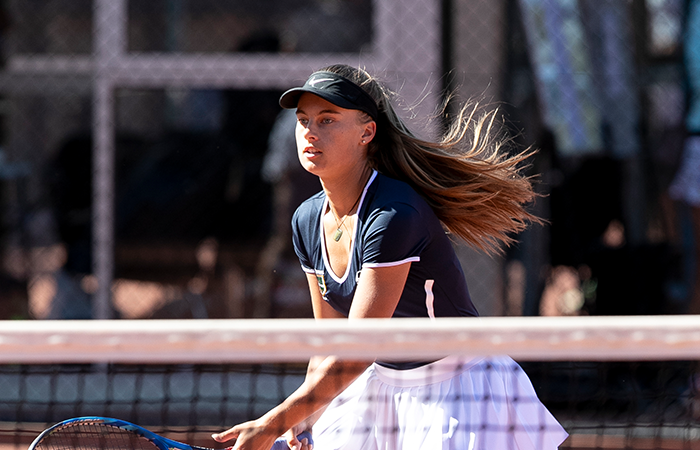 Tennis Victoria would like to acknowledge and congratulate all Victorians participating in the 2019 December Showdown, which is set to commence Tuesday 3 December at Melbourne Park.

Each December the country’s best players assemble at Melbourne Park for the December Showdown. In 16 days, more than 1500 matches will be played to find out who is the best player across each age group and spectator entry is free.

December Showdown Tournament Director, Francis Soyer, believes players and spectators have plenty to look forward to ahead of this year’s event.

“The December Showdown is a fantastic event whereby players of multiple age groups are at the one site,” Soyer said.

“This year there will be 416 entries competing at the December Showdown, with players from all around Australia and some from the Asia/Pacific region.

“I wish every player the best of luck for their respective events and encourage spectators to come along to see some of the country’s up and coming stars,” he said.

Tennis Victoria is pleased to see so many representatives in the various age categories.

Tennis Victoria CEO, Ruth Holdaway MBE, wanted to congratulate all the Victorians participating in the event.

“I would like to wish the Victorians competing in the 2019 December Showdown all the very best,” Holdaway said.

“This is a significant part of the tennis season for these players and we applaud them for their dedication and efforts across the year. Playing at Melbourne Park is a fantastic experience and no doubt a thrill for many,

“We will definitely be following their journey with great interest,” she said.

The December Showdown will also host the AO2020 UTR Wildcard Playoff Finals, which will start Monday 9 December. With further information to come soon about playing field and draws.

For further information on the various age categories, click the links below.

For further information on the 2019 December Showdown, click here.