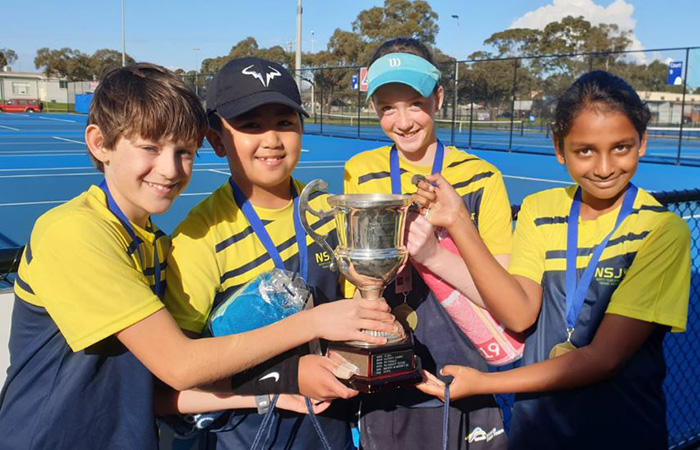 North Suburban Junior is today celebrating following their triumph in the Frank Sedgman Cup at Traralgon Tennis Association on the weekend.

More than 60 of the state’s most talented boys and girls, aged 11 years and under, had the spotlight shining on them as they took part in one of Tennis Victoria’s nine Regional Team Events.

Seventeen metro and country tennis associations took part in the round robin competition.

The North Suburban Junior squad was elated with their victory and put it down to a simple mantra; ‘teamwork makes the dream work’.

“We enjoyed playing with other teams and getting to know the other people,” Siya Kothapali said.

The event enables kids to play as part of a team and aims to promote this healthy notion of playing for one another.

“For the other teams … you have done really well,” Aerone Wolfgang Tabotabo said.