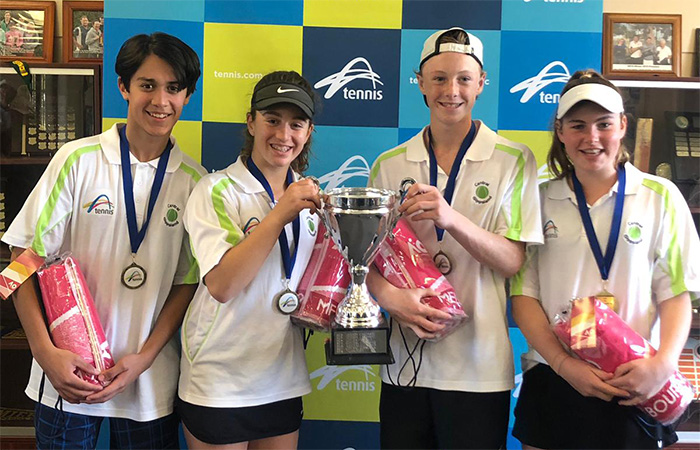 Central Gippsland has produced an amazing performance across the weekend to claim the 2019 Bradtke Luczak Cup at McEwen Reserve Tennis Club in Shepparton.

One of Tennis Victoria’s Regional Team Events, the Bradtke Luczak Cup saw boys and girls aged 15/u playing for one of the state’s most prestigious events for the age group.

Central Gippsland manager Graham Charlton was pleased with the efforts of his squad and lauded the other regions on what was a talented field of young up-and-coming stars.

“The field this year was amazing, there were many quality teams. I think all the teams deserve great congratulations as they played to their highest level most of the time. A lot of the scores looked one sided and they weren’t, there were a lot of very close matches,” Charlton said.

“I was personally impressed with the depth of the competition. It’s a pleasure to be a part of the team event which is such a rare thing in tennis these days.

“Congratulations to Tennis Victoria who keep supporting the team events from 10s up to 17s, it’s a privilege to be a part of it and they are great weekends,” he said.

Central Gippsland maintain their dominance over the Bradtke Luczak Cup. They have won the event five times in six years – however, last year’s event was incomplete due to inclement weather.