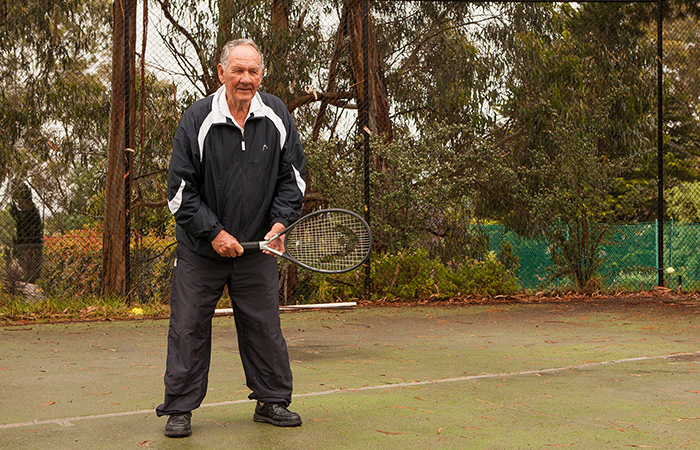 Don Tregonning, a well-known member of the Australian tennis community, has been recognised in the Queen’s Birthday Honours List, awarded a Medal (OAM) of the Order of Australia for his service to tennis.

The recognition comes almost a decade after being elevated to ‘Legend’ status in the Tennis Coaches Australia- Victoria (TCAV) in 2010.

Tregonning, aged 90, was born in Melbourne and first played Australian Rules football before discovering his love for tennis.

His professional career began in the 1950s where he received direct entry into the Men’s Singles draw of the 1951 and 1952 Wimbledon Championships. Tregonning also partnered with Peter Cawthorn in the doubles draw both years. They would both later relocate to England, where they played and coached together.

Before shifting to England in 1953, Tregonning spent a couple of years playing in the Australian Championships and multiple State Championships. He also returned to Wimbledon in 1952 and played in the World Professional Championships in 1953.

In 1955 Tregonning was appointed Danish national coach, responsible for preparing the tennis team for the Danish Davis Cup. During the same year, he also coached Kurt Nielson to the Wimbledon singles finals.

Tregonning eventually moved back to Melbourne, taking up numerous coaching roles along the way. He started coaching at Fawkner Park in 1956, and was an integral part in forming the coaching association the same year. Subsequently, the Professional Tennis Association was formed, which later changed to TCAV.

He was one of the first coaches at Kooyong Lawn Tennis Club and coached at a number of schools, including St. Catherine’s, Methodists Ladies’ College, Mount Scopus Memorial College amongst others. During his time, he also coached squads from the Philippines, China and Japan.

Tennis Victoria would like to congratulate Don on receiving Queen’s Birthday Honours and his service to tennis in Victoria.