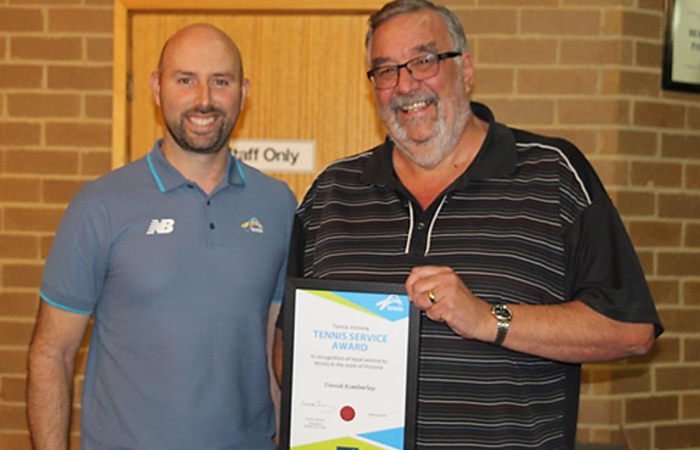 David is currently the Senior Record Secretary and plays an integral part of the Waverley Tennis Match Committee structure with analytical research into the competition scene.  David looks after all the queries including the setup of each season, the grading of teams and all the weekly processing of match results.

David also holds the role of the Team Entry Registrar where his analytical mind and attention to detail has been invaluable in the teams grading processes. No easy task at times, as there are some team entries of 800+ across the seasons.

David is extremely conscientious in all his record keeping tasks for Waverley Tennis.

David has also served at club level with Endeavour Hills Tennis Club as a long time player, member and on the general committee, secretary and treasurer roles from 1982 – 2013

Congratulations David and thank you for your contribution to Tennis in Victoria.