Life of a tennis legend 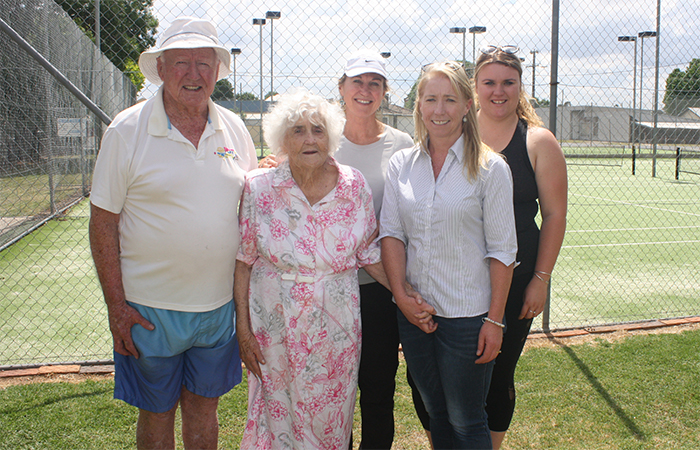 To accomplish great things, we must not only act but also dream—not only plan but also believe – Norm Cahill.

One of the greats of Victorian and Australian Tennis, Norm Cahill has been recently re-connected with Tennis Victoria. Norm met up with one of Tennis Victoria’s Coaching Leaders (Justin Raiti) for some assistance with one of the new compliance modules. It was a great chance to speak with Norm, who now resides in Nagambie. Norm has lived there for the last 21 years, and still coaches up to two times per week at Nagambie Primary School and St. Joseph’s Catholic School – at 87 years of age. Norm has been a Coach Member since 1962 when he completed his coaching accreditation by passing the Queensland Coaches Exam in the same year. When Norm moved to Melbourne, the qualification was transferred to the Professional Tennis Association of Victoria through their reciprocal agreements.

Norm has had an amazing journey in tennis, playing alongside legends of the game including Ken Rosewall, Frank Sedgman and even American film actor Charlton Heston. Norm came famously close to beating the great Ken Rosewall in 1948 after having two match points. To this day, they have continued their wonderful friendship, talking to each other monthly. Norm had an amazing playing career, which saw him travel to Europe in which he narrowly missed out at a Wimbledon spot. Norm did however play in the British Hardcourt Championships in singles, doubles and mixed.

Coming back to Australia, Norm continued his playing career and one of his fondest memories was representing Victoria in the Linton Cup in 1949 and 1950. While still playing, Norm discovered the joys of coaching and began his coaching journey at Glen Waverley Tennis Club. From there Norm went on to coach at various clubs and centres, including Wesley College, where he coached their tennis team for 26 years. Norm also travelled around the state delivering school holiday programs with Denis Lemke in towns such as Mildura, Echuca and Albury/Wodonga. He even ran coaching sessions inside the Ararat and Bendigo jails for the inmates for over ten years. Moreover, Norm inspired generations of young players by organising international trips to New Zealand and the USA and he even organised a tennis float for the Moomba Parade in the early 70’s.

Norm was also influential in the beginning of the TCAV and Victorian Tennis Association, which is now known as Tennis Victoria. Additionally, Norm was influential in the formation of the Waverley and District Tennis Tournament as well as inaugural steering committees of Legend Park, Glenvale and Knox Indoor Tennis Clubs. Due to his tremendous contributions to coaching and tennis, Norm was awarded a Tennis Australia Life Membership and also given the honour of being named in the TCAV Hall of Fame as a Legend.

Furthermore, Norm competed in the 70 – 74 years singles tennis at the World Masters Games that was held in Melbourne in 2002 and was a gold medalist. Norm played against four other countries, saying that it proved to him that there are no barriers in sport given race, religion and politics may differ.

Currently, Norm is enjoying his life in Nagambie and still attends tennis events in Melbourne, including the TCAV annual function and Kooyong events. Tennis Victoria recently visited the Cahill Cup, a junior tournament organised by the Cahill family, which saw selected students from Nagambie, Euroa and Avenel participate in a team based tournament. Sam Condon, Participation Leader – Country North East and Rebecca Andrews, Club Marketing and Events Coordinator for Tennis Victoria were on hand to present the Cup to the winner, Avenel Primary School, and a trophy to the best performed male and female player. Rob French, Principal of Nagambie Primary School, reflected upon Norm’s contribution to tennis in the area.

“Tennis has become a very popular playtime activity at our school, largely due to the enthusiasm of Norm’s students and the resources provided by Tennis Australia,” French said.

The entire tennis community thanks Norm for his tremendous contribution to the sport and we wish him all the best. Legends like Norm have laid the foundation of tennis coaching in Victoria, and Australia, and we are very grateful for his ongoing service, especially to junior tennis.