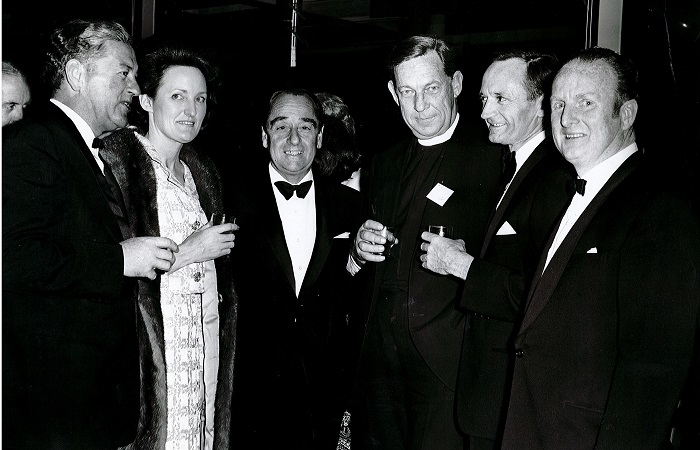 We recently tested your knowledge with a quiz on the vibrant and pivotal year of 1970 in the ACT tennis community.

Below are the answers

Q1 How many tennis courts and of what surfaces were in the initial National Tennis and Squash Centre complex when it opened in 1970?
Eighteen – 12 ‘gravel’ and 6 grass courts

Q3. Which club was the most successful in adult pennants in 1970?
Turner with 5 pennants, although North Woden won 7 of the 12 junior pennants.

Q5. What were the first tennis Championships held at the new National Tennis and Squash Centre over the October long weekend in 1970, with a record number of entries of 537?
The 1970 ACT Open Tennis Championships

Q6. What was granted in 1970 (following an appeal to the Supreme Court) which helped get the NTSC off to a sound financial start?
A full liquor licence

Q7. Who was the top ranked ACT girl player and Junior Girls Singles Champion in 1970 (she is now an Australian Seniors Representative)?
Susan Willis

Q8. Who was awarded Life Membership of the ACTLTA at the AGM in December,1970?
Ken Willis

Q9. Who was the top ranked ACT women’s player in 1970 – winning the ACT Resident Women’s Singles and Doubles (with Alison Ide) and the ACT Open Mixed Doubles (with Geoff Pollard)?
Pat MacNicol

Q10. What are the two famous family names, synonymous with tennis in the local region from the late 1880s, building and living in the ‘old’ Canberra Inn on the old Yass Road, (across from the NTSC) up until 1974?
Schumack and Read. Originally built by Joseph Schumack in 1857 the Read family bought the Inn and used it as their family home called ‘The Pines’ until 1974. Tennis courts on the property were used by the original Ainslie Club and The Pines Club in the late 1800s and early 1900s. The Pines playing in Canberra pennants up until the 1930s.

Q12. Who were the NTSC architects, one a foundation member of the Centre, who Ken Willis said ‘saved the Association a small fortune by providing their professional services for free‘?
Bill Batt and Don McLagan

Q13. The opening of the NTSC on 12 September,1970 included five Australian tennis ‘Stars of Yesteryear’. Who were they?
Dinny Pails, Geoff Brown, Adrian Quist, Neale Fraser and Mal Anderson (noting that Heather Mackay was one of eight squash champions also invited).  Quist and Brown are both picture in the photo above.

Q14. What was the name of the Shield presented to the winning boys team in the A1 Junior Pennant Competition, and which team won the Shield in 1970?
The Sir Valston Hancock Shield won by North Woden 1. (Sir Valston was a former Sword of Honour Duntroon Graduate and Chief of the Air Staff, located in the new Russell Defence Complex in the 1960s. A keen tennis player he was Patron of the ACTLTA during the mid – 1960s).

Q15. What innovation was introduced in Australia by Slazenger in 1970, but not adopted in Canberra for official competition, until 1971?
In September 1970 Slazenger (Aust) Ltd. introduced yellow tennis balls.