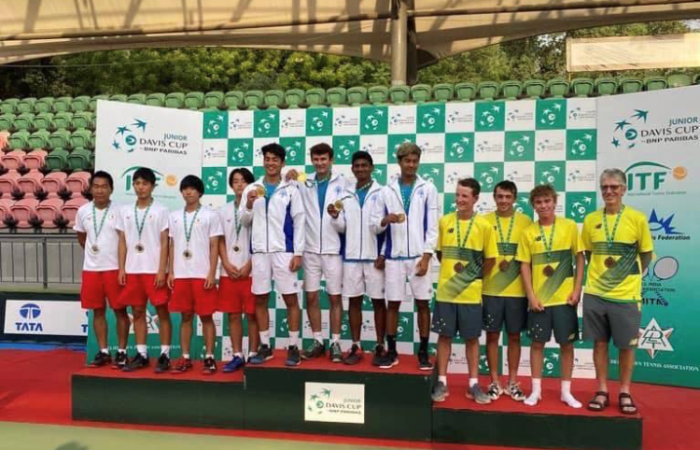 The campaign was a success, with the Australian team of Camus, Hayden Jones (QLD) and Hugh Winter (SA) claiming the bronze at the event and securing a place in the finals.

The event presented an important step in the career of Camus as he wore the green and gold for the first time in representing Australia internationally. The experience followed on from his stint as the orange boy and hitting partner for the senior Davis Cup team during their defeat of Hungary in their senior qualifier in March.

Team Coach Milo Bradley was full of praise. “It was a team effort and a great result for Australia. Charlie played fantastic in all the right moments. He is tactically smart and calm under pressure.”

Bradley said the opportunity for Camus to play internationally and represent Australia was part of the apprenticeship for one day playing on the tour.

“Most professional athletes really don’t mature until about 25-26 and he’s still 15,” Bradley said of Camus. “So this is all about getting out, getting pressure experiences, and getting the opportunity to actually take on those challenges.”

The Junior Davis Cup finals will take place in Turkey in November.