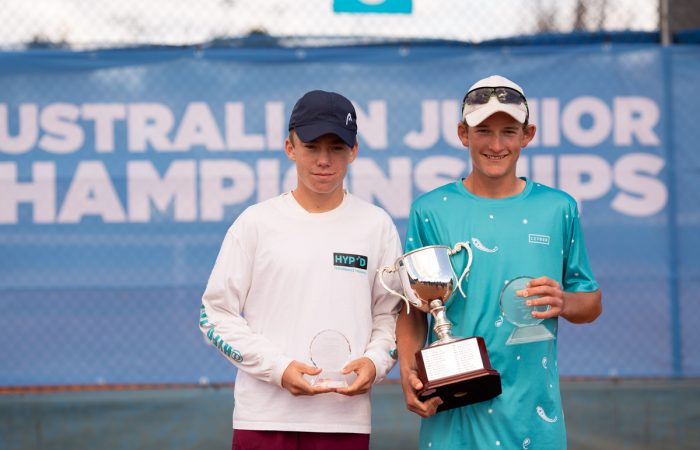 The past week has seen Australia’s most promising 12/u and 14/u juniors battling it out in Canberra for the 2021 Australian Junior Claycourt Championships presented by Kia.

“Everyone has had a fantastic time here in Canberra this week, the capital has turned on great weather and all the players, parents and coaches have enjoyed being together once again at a national championships for the first time in 15 months.” Tournament Director Francis Soyer said.

“Players competed in five highly competitive singles matches, as well as doubles and mixed doubles matches this week, giving them a great benchmark on how they compare with the best players in their age group from across Australia.” Soyer continued.

Tennis ACT Kim Kachel said it was a privilege to host the championships “It was brilliant to host the latest edition of the Australian Claycourt Championships after a very challenging 12 months for everyone.   The European clay courts were in exceptional condition and the ACT and region players did extremely well in their backyard”.

Kachel continued “Congratulations to all athletes that competed and the very worthy winners will now be added to the trophies and join some illustrious names.  The event also provided a brilliant boost to the local economy and businesses having so many people enjoying all that Canberra has to offer.”

Local player ACT Charlie Camus claimed another title, “It was great to win the 14/u boys title, having previously won the 12/u championships. It’s been great to have the championships in Canberra, with a home ground advantage. The courts have been looked after so well, and are in perfect condition”.

Tournament draws and results can be found here.