Centenary of the ACT Tennis Association 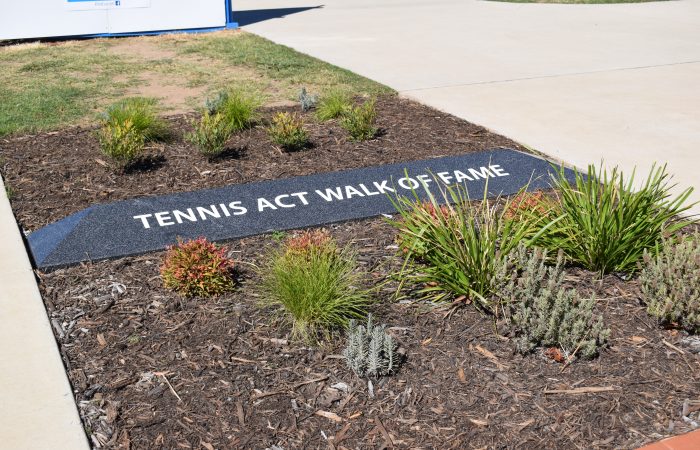 On 21 March 1923 the Federal Territory Tennis Association was formed at a meeting held at the Acton Amusement Hall, which was attended by delegates from all existing tennis clubs. Jack Esmond and Bill Findlay (both from Eastlake Tennis Club) were elected the first President and Secretary.

The first pennant competitions soon followed, along with Territory Championships as well as representation at Country Week in Sydney – with the ACT team (all Queanbeyan players) winning the top men’s division in their first year of entry.

Interclub challenges were a feature of the early years – with impressive perpetual Challenge Cups and Shields presented to winning clubs. Rivalry was fierce, with many accusations of ‘club poaching’ of top players. The oldest cup still held by Tennis ACT (shown below) is the 1925 Gorman Challenge Cup, first won by Eastlake.

Over the next decade Canberra firmly established itself as the nation’s capital, albeit still with a relatively small population. Tennis flourished and new clubs were formed as new suburbs were built. For many years tennis club membership exceeded the number of car licence holders.

In 1934 a scribe for the Cootamundra Herald wrote – “we arrived [in Canberra] at 4 on Saturday afternoon. Tennis was being played here, there and everywhere. ‘We’re tennis mad!’ was the reply to a query. There were 37 teams in competition that afternoon in connection with the Association, in addition to private play. It appears that the [Federal Capital] Commission will build courts as fast as clubs apply” (Sulari Gentill, A Dangerous Language, 2017).

March 2021 saw the 98th Anniversary of the ACT Tennis Association – only two years out from the Centenary of 21 March 2023.

The current Board of Tennis ACT has requested that its Walk of Fame Committee provide advice on an appropriate manner to celebrate the Centenary and the preparation of historical material to mark the occasion.

Roy Smalley’s book “Anyone for Tennis: A Chronological History of the Australian Capital Territory Tennis Association and tennis in the Territory” is an invaluable record from the origins of the sport to 1993. Equally the records of Tennis Seniors ACT from 1970 are excellent.

In the process of inducting individuals into our Walk of Fame (nine to date) and research on other families, valuable historical material has already come to light. Notable names such as Boag, Larkham, Blundell, Roberts, Schumack, Bartlett, Carnall, Willis and Ide spring to mind. Needless- to- say, there is much more to find.

The Walk of Fame Committee is particularly interested in family histories and diaries; photos of players and clubs from different eras, along with memorabilia eg trophies, blazers, racquets and programs.

Can you help? Do you know of information from your own family, friends or club which would be of interest to the Committee? If so, please contact us: