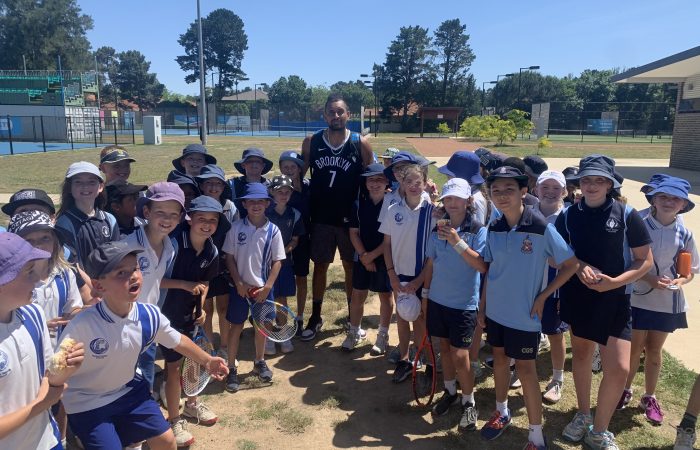 Mother Teresa School has claimed the title at the Todd Woodbridge Cup, with the finals held Friday 20 November at the Canberra Tennis Centre in Lyneham.

The competition which is open to Year 3 and 4 students, is played on smaller modified courts suitable for red modified balls.  The competition is designed to encourage grassroots tennis participation in schools and encourage a healthy and active lifestyle among children.

Schools qualified for the ACT Final by finishing in the top two at their Regional Gala Day, with over 250 students competing at four events.

Mother Teresa School, Assistant Principal, Craig Hart said the competition was a great experience for the students, “It was a great thrill for our students to win this year’s Todd Woodbridge Cup. Having been runners up last year it was a great effort to go one better in 2020. Our kids were very excited just to be participating in an organised sporting event, as many have been cancelled due to COVID-19 this year”.

Hart continued “Knowing that the Todd Woodbridge Cup was approaching, provided our students an extra incentive to participate in tennis during lunch times and recess this term. We have the nets out at least twice a week with over 50 or 60 students playing at any given time”.

Tennis ACT Schools Development Coordinator, Brittany Hughes said it was great to get back on court, “this was the first competition we have run since the COVID-19 restrictions eased. It was so good to see kids back on court, they were so excited to be playing again. This year we welcomed three new schools to the competition including Gold Creek School, Ngunnawal Primary School, Macquarie Primary School”.

The school competition pathway will re-commence in 2021 including the introduction of the inaugural Wally Masur Cup, designed for year 5 and 6 students.