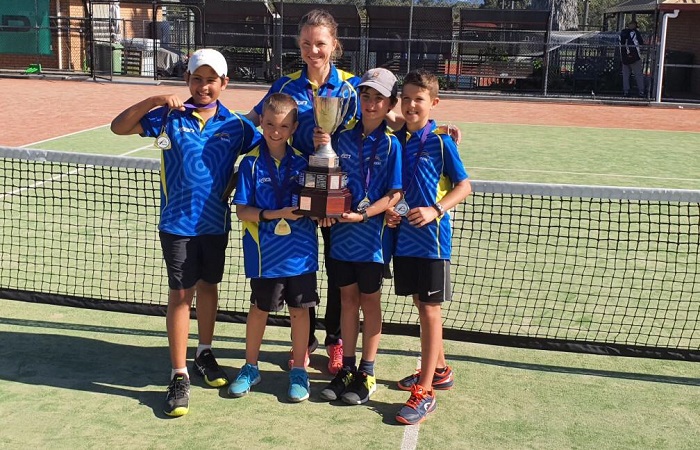 The ACT team of Luca Cowles, Zae Dwyer, Ewan Duff and Bhav Mathur have claimed the John Whittaker Cup at the NSW 10/u State Teams Championships held in Cessnock from 19-20 October.

The team which was managed by Alex Nancarrow, went undefeated in five pool matches.  In the final, the team came up against the Central West Cyclones.  After posting strong singles victories at the number 1, 2, and 3 positions, Luca Cowles and Zae Dwyer dominated their doubles match to secure victory for the ACT team.

“The events are a great opportunity for our athletes to compete in a team and test themselves against the best players from across NSW.

“The boys performed really strongly as a team and the girls gained a lot of valuable match practice and experience from the event.”