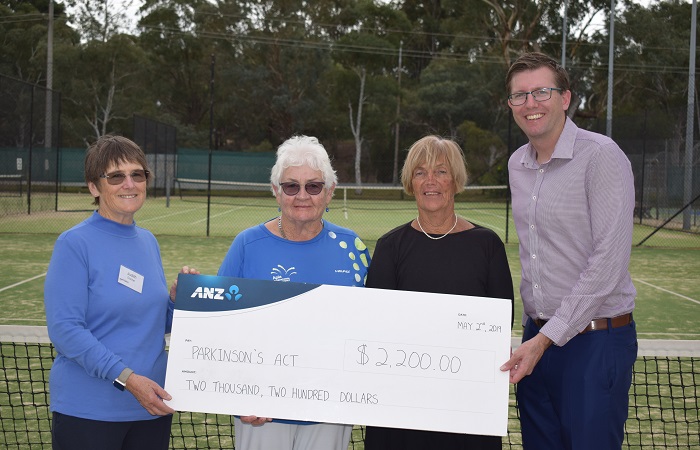 The annual Ladies Charity Day held on Thursday 2 May has raised an impressive $2200 for Parkinson’s ACT.  Hosted by Belconnen and Melba Tennis Clubs, participants hit the courts for some tennis, before enjoying a barbecue lunch.

Parkinson’s ACT committee member, Judith Ducker, said the significant donation would be put to good use.

“The support also provides significant psychological support for the volunteers who run PACT.  It is a heart-warming gesture that makes us realise that the work we do is valued and boosts our morale,” Ducker added.

In an added bonus to Parkinson’s ACT, the day also facilitated a connection between the organisation and Belconnen Tennis Club coach, Jeff Gray, with discussions underway to start up a new program.

Thank you to everyone who attended the day and to the organisations who donated items for the day.

To find out more about Parkinson’s ACT, please visit their website.