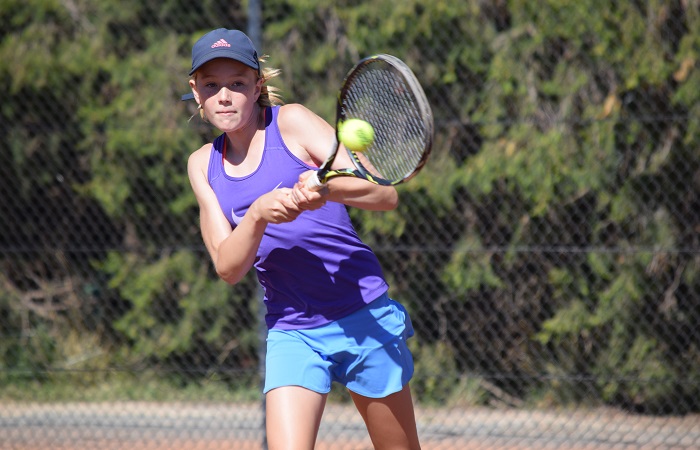 The 12/u and 14/u Australian Claycourt Championships were held in Canberra from 7-12 April with seven athletes from the ACT participating.  It was one of the largest contingents of players from the capital at a national event, with several athletes posting career best results.

Leading the way was Aliyah Dwyer and Charlie Camus who both reached the quarterfinals.  For Dwyer, it was her best ever result, defeating the number 8 seed in the second round before falling to the top seed and eventual champion. Gloria Jovic.  Dwyer went on to finish in 6th place.

After claiming this event in the 12/u age group in 2018, along with the 12/u Australian Championships, Camus stepped up into the 14/u age group, despite still being eligible to compete in the younger age group.  Camus won his opening two matches in straight sets to set up a quarterfinal clash with top seed Edward Winter.  The top seed proved too strong, with Winter going on to win both the singles and doubles titles.

Isabella Andrews and Hugh Taylor both won their opening round matches before falling in the second round.  Andrews went on to finish in 11th position, while Taylor earned 15th place.

Charlie Snow won three of his five matches to finish in 18th spot, while Sophie McDonald and Nicholas Maleganeas both ended up in 31st position.

Congratulations to the following players who have also posted notable results over the past month;