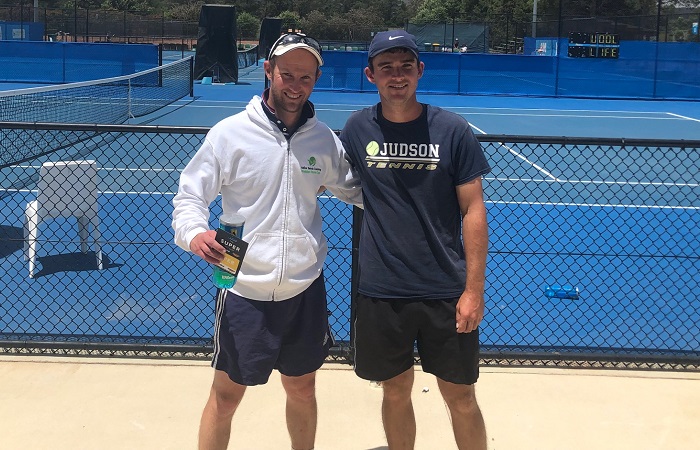 Myles Emery has taken out his maiden Men’s singles title at the ACT Residents Championships held at the Canberra Tennis Centre from 14-16 December.

Emery went undefeated in singles play throughout the tournament, winning the final 6-3 over top seed Michael Bruen.  Emery was pleased with his form throughout the event and honoured to win the event.

“It was fantastic to win all my matches without dropping a service game all tournament as well.”

“This tournament has a very rich history dating back to 1933 so I’m humbled to go on the winners list and honour roll.”

The weekend featured over 80 players competing across 12 events including open, junior and senior categories.

Jason Duff took out the A Grade Men’s singles, while Sue Willis (35 & 50+) and Tony Winston (50+) also claimed singles victories in their respective divisions.

Tournament director Jake Lalliard was pleased with how the weekend went.

“The ACT Residents Championships has a proud history in the ACT.

“It was a great weekend of tennis and it’s always a fun way to bring the Canberra tennis community together”.

Congratulations to all the winners and runners-up.

Unfortunately the mixed doubles weren’t played due to bad weather on Friday night.

Full draws can be found here