Leggett and Busic ready to roll 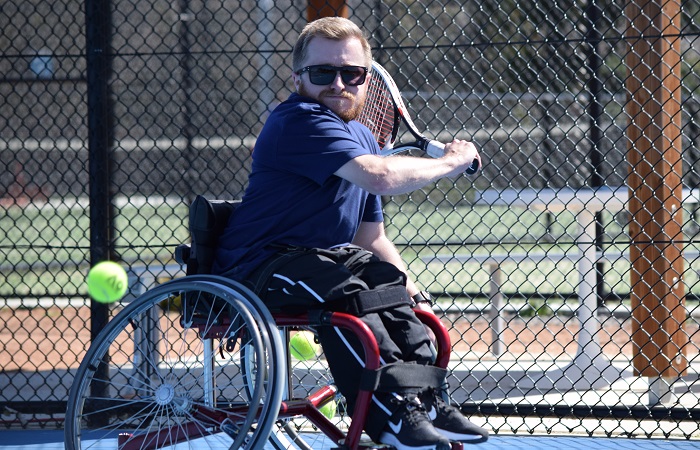 Matthew Leggett and Ante Busic will lead the local hopes at the inaugural Canberra Wheelchair Tennis Open commencing on Friday.  The event is an ITF Futures Series tournament, part of the UNIQLO ITF Wheelchair Tennis Tour and includes Men’s, Women’s and Mixed juniors events with some of Australia’s best wheelchair athletes participating.

Leggett currently ranked 11 in Australia will face tough competition from Keegan Oh-Chee (NSW), Henry De Cure (SA), and Stephan Rochecouste (NSW), who are ranked 2, 3, and 4 in Australia.  Busic competed in Nationals in 2016, and this will be his first ITF wheelchair event.

Leggett has been preparing for the event with a three day Tennis Australia Wheelchair Tennis National Development Camp saying “It’s been really good prep to hit with some of the best guys in the country and take a few tips of them leading into the tournament on the weekend.”

Leggett is looking forward to playing here in Canberra and excited about the exposure the event will provide to wheelchair tennis in the ACT.

“It’s a massive plus for the community down here and giving Tennis ACT a bit of a boost in terms of wheelchair players and hopefully a few more will come out of it from this weekend,” Leggett added.

The women’s event will be an open field with Helen Smith (NSW), Janine Watson (QLD), Fiona Sing (NSW), and Hayley Slocombe (NSW) in contention.  Slocombe is the top ranked junior girl in Australia and currently ranked 33 in the ITF world junior girl’s rankings.  She will also contest the mixed junior event, which features the top two ranked boys in Australia in Marcus Lentini (QLD) and Riley Dumsday (VIC) along with Fernando Grez Montiel (CHI).

The Canberra Wheelchair Tennis Open will run from September 29 – October 1 at the Canberra Tennis Centre in Lyneham with free entry.

Full draws and order of play can be found here

The Canberra Wheelchair Tennis Open will also look to encourage individuals to get involved with a free wheelchair tennis come and try event being held on Sunday October 1 from 10.00am – 12.00pm in conjunction with the finals.

Wheelchair tennis in the capital is on the rise, with a new Wheelchair Tennis Twilight social program set to launch in October.  For more information on the come and try day, click here