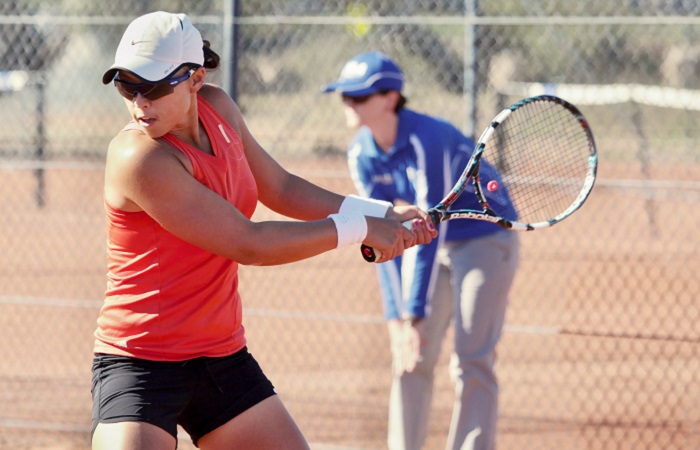 The Canberra Tennis Centre will host back to back women’s $25,000 Pro Tour events from March 12-27. The ACT Claycourt International #1 will be the first professional event held on the redeveloped European clay courts. A strong field has been announced for the first event, featuring a host of players from across the world.

World number 166 Miyu Kato (JPN) will headline the field, along with China’s Jia-Jing Lu, and Canberra International finalist Eri Hozumi (JPN). Former top 100 player, Anastasia Pivovarova (RUS) will also be looking to make an impact at the claycourt event, and is in good form after taking out the Mildura Grand International Pro Tour last week.

Canberra’s Alison Bai will lead the Australian contingent, with Canberra International semifinalist Kimberley Birrell (QLD) the highest ranked Aussie at 278. Arina Rodionova (VIC) will be looking to continue her good form on the Australian Pro Tour, after taking the title at Perth Pro Tour #2 and making the final in Port Pirie. Storm Sanders (WA) and Jessica Moore (WA) will also line up for the event.

Canberra’s Ashley Keir who is on the comeback trail from injury has received a wildcard into main draw. Jaime Fourlis (VIC), Naiktha Bains (QLD), and Olivia Tjandrumulia (QLD), have also received main draw wildcards. 16 year old Fourlis is currently sitting at a career high ranking of 468 after winning the Perth Pro Tour #1 as a qualifier.

ACT players Imogen Clews, Kaitlin Staines, and Sarina Kang will all be looking to earn their first main draw berth, as they try to win their way through qualifying.

ACT Claycourt International Tournament Director Lenka Greenhalgh said” We are excited to be hosting our first Pro Tour on our redeveloped European clay courts. Having back to back events has attracted a quality international field to Canberra and we look forward to some great tennis over the next two weeks”.

Entry into the Canberra Tennis Centre is free, with qualifying set to commence on Saturday 12 March at 10am. Main draw will commence on Tuesday 15 March at 10am. Tournament draws and the order of play will be posted at the following location when available http://www.tennis.com.au/tournaments/pro-tournaments/australian-pro-tour/canberra-clay-court-international-1

The ACT Claycourt International #1 and #2 will be held at the Canberra Tennis Centre from March 12-27. Each tournament will offer $25,000 in prizemoney and will be held on the recently redeveloped European clay courts.

For more information about the Australian Pro Tour visit tennis.com.au/protour