Tasmanian Tri-Series Cup: All you need to know 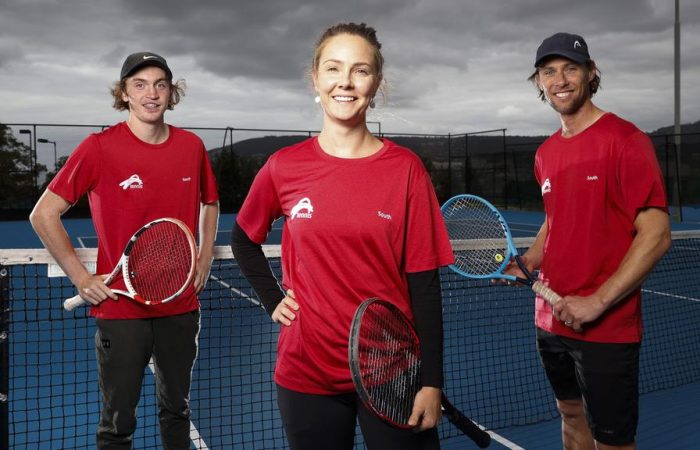 Players from all over the state will gather in Burnie to represent their respective regions at the Tasmanian Tri-Series Cup this weekend.

The event will be held across Saturday 30 and Sunday 31 January at Burnie Tennis Club, with the recent success of the North vs North West Challenge Day in November fueling the demand for players from the South to join the two aforementioned regions to compete in what is hoped will become a regular event on the Tasmanian tennis calendar.

The Tri-Series Cup will feature the best elite male and female players in the state competing for each of the three regions, with other divisions including A-Grade, over 40’s and 60- plus, with a number of the state’s talented junior players playing in the elite and A-Grade divisions.

The Southerners are bolstered by the inclusion of Tasmanian No.3 Sam Edgar, who is fresh off finishing runner-up in last week’s AMT Silver Glen Iris Open in Victoria, with Southern Premier League young guns Casey Ambler and Ben Fergusson also making the trip to compete in the Elite Men’s division.

Cygnet Open winner and long-time standout Alyssa Hibberd will pair with Alicia Dale in the Elite Women’s division, with Dale recently becoming the youngest-ever winner of the coveted Pardey Shield.

It’s a good chance to get everyone travelling and playing against the top players for their divisions in the state.

I’m good mates with a few of the guys from the regions up North, and they’re good players, so I’m looking to face them for the first time in a while.

To win would mean we have the best players, and bragging rights over the North and North West would be good.

I think the Tri-Series is a really good chance for Tasmanian tennis community to come together with lots of different players, from elite to the older players.

I think there is quite a bit of talent coming through in the sport, and from my point of view I’d like to see more girls coming through.

If they see other girls playing in events like this, it gives them something to aspire to and strive towards.

The Northern team boasts a strong all-round lineup, with the A-Grade and Senior divisions full of regular pennants standouts.

Teenage duo Arwen Kosemapahlawan and Sarah Gower will lead the Elite Women, with the rising stars not to be underestimated.  The team will be heading into the event confident after finishing close runners-up in the recent North vs North West Challenge.

I’m feeling good, so hopefully we can represent well and do the region proud.

The North West are a good outfit and we have a strong rivalry with them in particular, given the recent regional challenge event.

I always enjoy playing and there’s a good team atmosphere which is fun and you don’t always get that in tennis, being mostly an individual sport.

There’s a lot of rivalry on-court, but when you’re off court everyone is really friendly, which I like.

The North West side is arguably the strongest of the three on paper, with each division featuring recognisable names.

US College duo Ben Cawston and Elliot Johnstone headline the Elite Men’s division, alongside North West Tennis League standouts Connor Parke and Jake Gleeson, while Anna Peake and Bonnie Hingston will take to the courts in the Elite Women’s event.

We are pumped that the Burnie Tennis Club will be holding this event and have had a lot of players eager to compete.

After putting in what some of us saw as a subpar performance in the North vs North West Challenge, we’ve been training hard for this weekend, especially our Elite division players.

Our whole team is strong all the way through; you won’t come across players more competitive than Chris Chandler and the rest of our 60-plus representatives.

The Tasmanian Tri-Series Cup will be held at the Burnie Tennis Club on Saturday 30 – Sunday 31 January, with play commencing at 12:00pm on the Saturday.

The Tasmanian Tri-Series Cup is proudly supported by Events Tasmania.