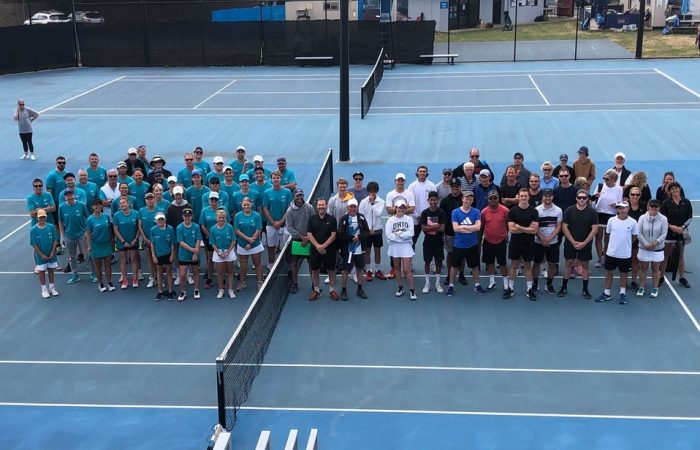 The sun was out for the Tennis North vs North West Tennis League Challenge in Launceston on Saturday 21 October, with almost 100 competitors from a wide range of clubs in the two regions taking to the courts at Tennis World Launceston and the Newstead Tennis and Squash Centre.

Consisting of five divisions, the event was taken out by Tennis North, who claimed the A-Grade, Ladies and Junior divisions respectively to record a 3-2 win in front of strong crowds.

“The weather was magnificent and everyone had a good day,” he said.

“Players have been ringing up and saying how much they enjoyed playing competitive tennis against players they’d never faced before.”

Tennis North President Craig Boyce echoed Summers’ sentiment, and is optimistic of a similar event including players from the Hobart region together in the near future.

“The feedback I’ve received from players in all divisions has been very positive, and there was a great buzz around both venues, culminating in the social barbeque,” he said.

“The match between Ben Barnett and Sam Whitehead was as good as any match I’ve seen in Tasmania for a long time.”

“We’re hoping for a similar day involving players from the South of the state this summer.”

Standout players from each division on the day were voted on by opposing team captains, and were as follows: