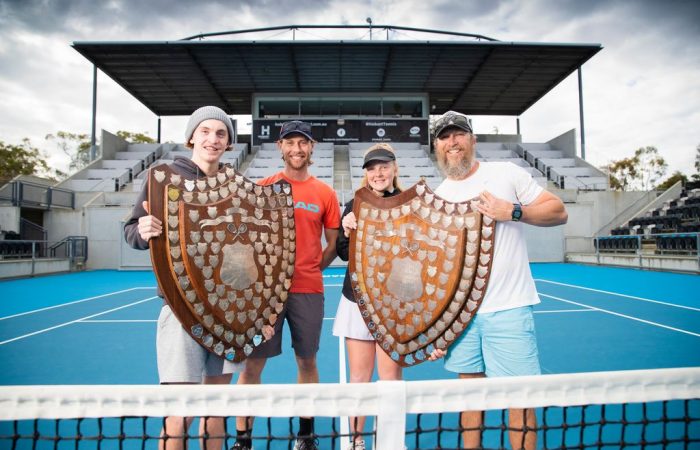 Alicia Dale has become the youngest girls’ Pardey Shield champion, defeating Charlotte Ingram in the final en route to claiming the title at 13 years and six months of age, with the event run during the Bell Bay Junior Championships at Tennis World Launceston.

Cunningham, whom the Hobart International trophy is named after, previously held the title of the youngest winner of the Shield after claiming victory in 1986.

“I thought I could play some good tennis but I didn’t think I could take it away.”

Tasmanian No.3 Sam Edgar took out the 2020 boy’s title in his final year of eligibility, defeating regular doubles partner Sam Whitehead in a close contest.

The 18 year old’s name is now engraved on the trophy alongside current top 350 player Harry Bourchier, former top 80 player and Tasmanian coaching identity Simon Youl, and former Australian and Tasmanian cricket George Bailey, who is a three-time winner of the Shield.

“There’s obviously a lot of great players on there from Tasmanian tennis history,” the Hobart College year 12 student said.

“Not playing in it last year made me really want to win it this year.”

“We had a tournament in Hobart a few days prior and I played pretty well making the finals so I had some confidence from that.”

After registering a quarterfinals appearance at the 2019 18/u National Championships in Melbourne last December and finishing runner-up in the recent SRT Logistics Clarence Open and Cygnet Open respectively, Edgar has his sights set on a big summer campaign.

“Hopefully next year I’m looking at attending a US College in August; that’s the goal,” he said.

“I’m preparing for that and hoping to compete in tournaments wherever possible in the lead-up.”