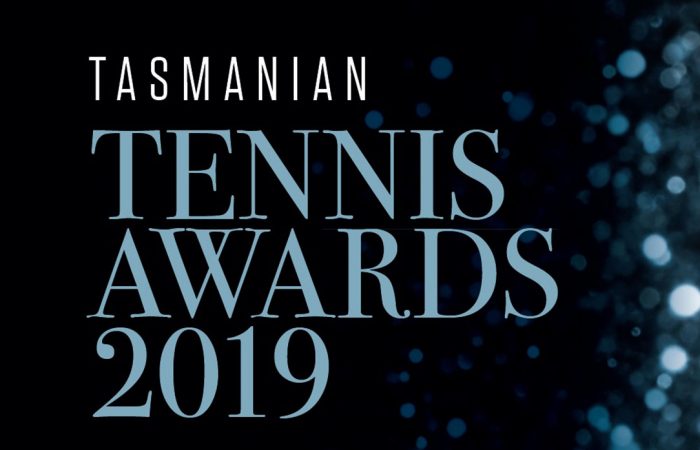 Geilston Bay Tennis Club was the big winner at the 2019 Tasmanian Tennis Awards, scooping the prestigious Most Outstanding Club award at a gala presentation evening at Country Club Launceston tonight.

“The quality of the nominations we received this year was higher than ever, so all credit to Geilston Bay Tennis Club on its three awards,” Sturgess said.

“The club is setting the benchmark in offering more opportunities to play and being proactive in attracting new members. They should be proud of the great work they are doing. They certainly deserve these accolades.”

Australian tennis legend Neale Fraser – a 19-time Grand Slam champion who served as Australia’s Davis Cup captain for a record 24 years – was a special guest at the Tasmanian Tennis Awards presentation evening. The 85-year-old entertained with stories from his career.

“It was a brilliant evening and a great way to celebrate a big year in Tasmanian tennis,” Sturgess said.

“Total participation numbers across the state are up an incredible 15 per cent on last year and that positive momentum has been evident this weekend. As well as the award presentations, there has also been social play opportunities and club workshops.

“There is a lot of excitement about the opportunities to continue to grow the sport as we approach another big summer of tennis.”

All award winners are now in contention for an Australian Tennis Award in their respective categories. Finalists from will be announced later this year, ahead of the Newcombe Medal held in Melbourne in December.