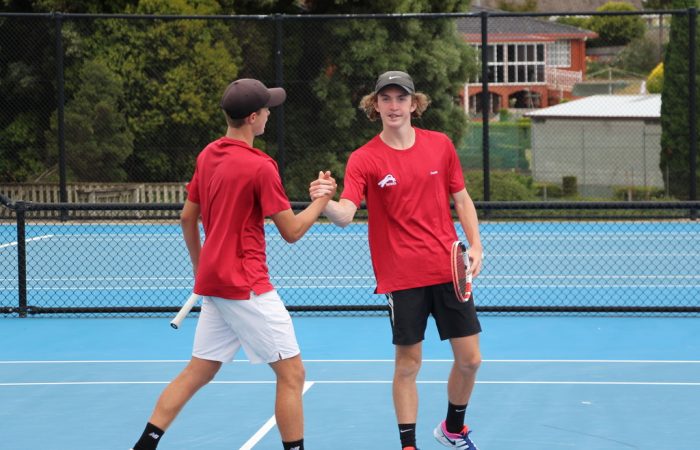 The North West have claimed the Tasmanian Tri-Series Cup over teams from the South and North, with more than 70 players from all over the state gathering in Burnie to represent their respective regions at the event this weekend.

The event was held across Saturday 30 and Sunday 31 January at Burnie Tennis Club, with the recent success of the North vs North West Challenge Day in November fueling the demand for players from the South to join the two aforementioned regions to compete in what is hoped will become a regular event on the Tasmanian tennis calendar.

The North West team took a strong lead into the final day of play, eventually claiming four of the six divisions to record a commanding victory, with the South claiming the two Elite divisions to finish runners-up.

‘The spirit the weekend has been played in has been magnificent, and rivalries have been reacquainted and new friendships formed.”

Summers praised the commitment from all players, and was particularly proud of the showing and support from the North West tennis community.

“I think the depth of our team was the key to our overall win, with all of our divisions full of very strong players,” he said.

“It would be great to have this as a regular event, and I know a lot of players I’ve spoken to across the weekend would love to see that happen.”

The 2021 Tasmanian Tri-Series Cup was proudly supported by Events Tasmania.