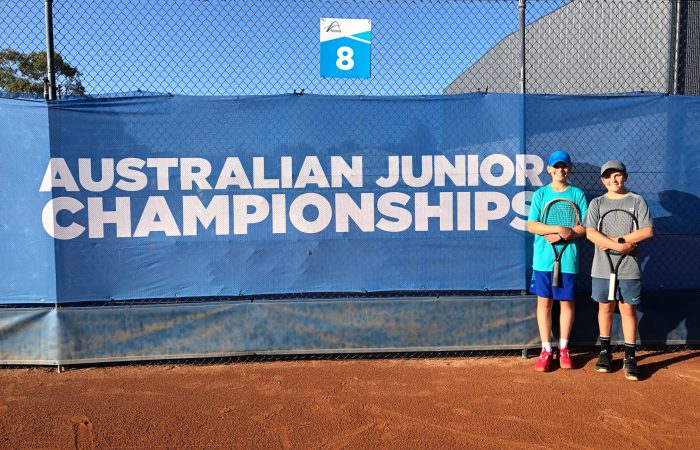 Three Tasmanian players are representing the state at the Australian Claycourt Championships in Canberra this week.

Oliver Hadley is competing the 14 and under competition, with George Anderson and Lachlan Browne contesting the 12 and under draws.

Anderson has been a standout performer, upsetting No.6 seed Caspian Tuckwell from New South Wales to advance to the singles quarterfinals.

“It is a great chance for these young players to compete against the best juniors from across Australia in their age groups,” says Tasmania Talent Manager Trent Constance.

“We don’t have clay courts in Tasmania, which adds to the challenge – but all are representing the state well.”

Tasmania hosts a three-tournament junior circuit this month, beginning with the Stringlab State Age Championships in Hobart next week.

> Find out more about the Tasmanian Easter circuit