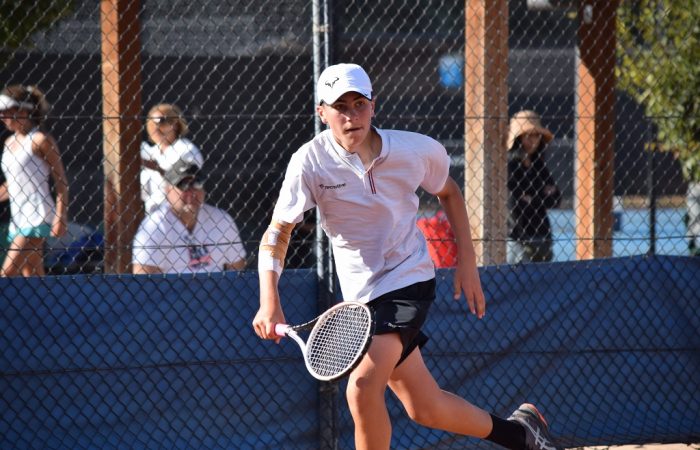 George Anderson has claimed fifth place at the 2021 Australian Junior Claycourt Championships in Canberra, the first junior national event that has taken place since the 2019 December Showdown in Melbourne.

After heading to the event alongside fellow Tasmanians Zola Case-Boag and Oliver Carswell, who both competed in the 12/u divisions, Anderson made the quarterfinals in both the 14/u singles and doubles events, mirroring his 12/u efforts at the same tournament in 2019.

The Hutchins student won his fifth-placed playoff in the singles event, a result that impressed but has not surprised his coach Simon Youl.

“It was an incredible performance, and he’s been consistently competing really well against these boys nationally in his age group,” Youl said.

“George should be really proud of his result, because he has put in the hard work.”

The road to Anderson’s most recent result has not been without setbacks, with the Hobartian sustaining calf and arm injuries in the weeks leading up to Canberra.

“He sustained a calf injury at a Hobart tournament, before heading up to (renowned sporting complex) KDV Sport on the Gold Coast for a two-week training block ,” Youl said.

“He then won a tournament in Melbourne, sustained a sore arm, won another Melbourne tournament carrying that issue, and was only cleared by a physio to serve again a week before the Claycourt event.”

“He could have chosen to sit that second event out and keep working on his fitness and his game but he was keen to get in and amongst it.”

I think that one of the major improvements in his game is his mindset on the court, being very calm and focused, and he’s always working on those ‘one-percenters’ to be better.” For Anderson, heading into the event knowing he had prepared as best as he could meant he was able to enjoy himself throughout the week.

“I came in as a qualifier from Tassie so I felt like there was no pressure,” he said.

“After I won my first game it just rolled on from there.”

“I’ve been working hard and see this as my ‘good year’ of ‘fourteens,’ being that I’m a bit older, so I really wanted to make it count.”

‘I want to keep competing now and playing as much as I can for the rest of the year and see where that takes me.”

Anderson praised the efforts of his younger Tasmanian teammates during the event, with the three accompanied on the trip by National Development Squad Coach Raphael Durek.

“I got to watch a fair bit of Oli and Zara’s games as well which was good, and we enjoyed being there as a team with Raph, who was really supportive of us all,” he said. 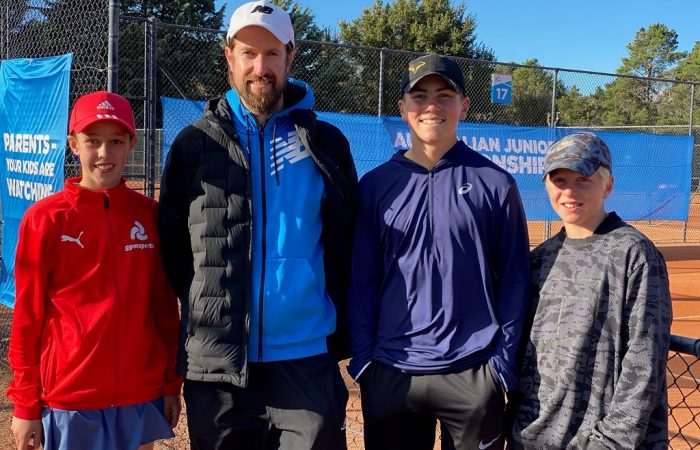 “It was great to be back competing at a National event with our Tasmanian representatives competing well throughout the week,” he said.

“George had a great tournament and a fantastic lead up, with his training and competing experience holding him in good stead.”

“For Zola and Oli in the 12/u events, it was the perfect opportunity for them to see what the national level is and to gain that experience.”

“They both improved as the tournament went on and will hopefully return inspired and ready for the next challenge.”

The trio will all compete in the Rafa Nadal Tour event in Burnie from 17-20 April, with an eye on the next junior national opportunity, likely to be held on the Gold Coast in June.