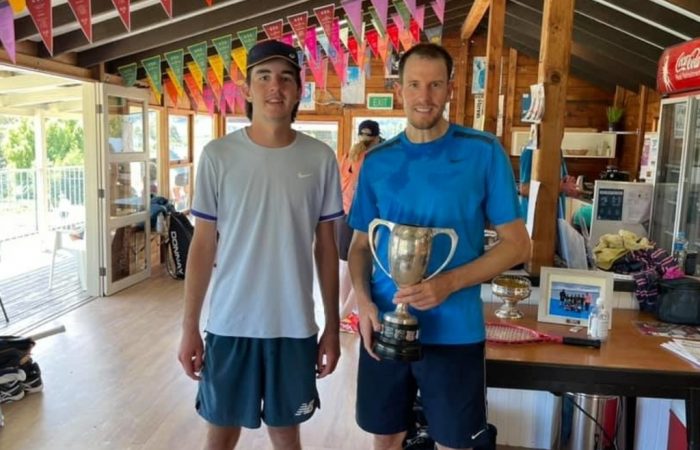 Almost 100 players from around the state ventured south for the Cygnet Open, held across three days in February as per tradition.

Held at the picturesque Cygnet Tennis Club, which celebrated its 100th year in late 2020, the event saw some familiar faces take home titles in front of a healthy local crowd.

Dale played beyond her age, with the 13 year old pushing Hibberd all the way before succumbing to a 4-6, 6-7 defeat.

Both Bourchier and Hibberd backed up their singles wins with doubles victories alongside Andrew Bourke and Janaya Smith respectively.

“I’ve been coming down here since I was nine or 10,” Hibberd said.

“I thoroughly look forward to Cygnet every year and the players generally have a really fantastic time.”

Locals Cam Ashlin and Nyal Verdivenci battled it out in the Country Men’s Singles final, with Club president Merdivenci walking away with the title.

Tournament Director Brad Cleary paid tribute to the competitors, committee and community for their efforts during the tournament.

“It was a great weekend because of all of the great people involved,” he said.

“We really appreciate the warm support the event gets each and every year.”

The event began with a Red Ball Team Tennis program and clinic for Cygnet Primary School students and finished off with a Supers 10’s clinic for talented juniors, reinforcing its reputation as a participation opportunity for all.