Second Females in Development Camp a hit in Hobart 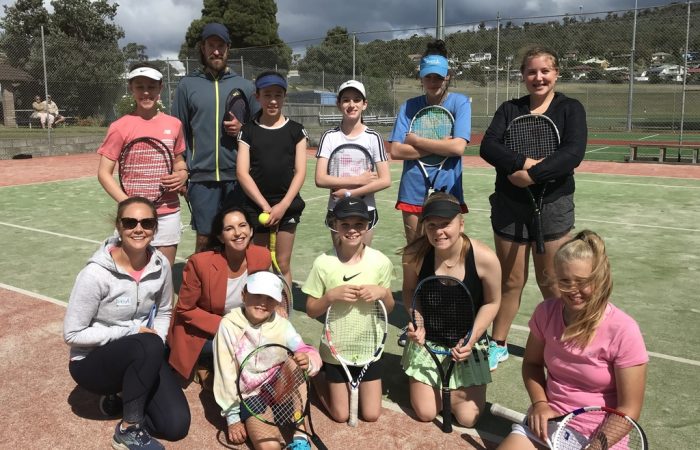 Ten Tasmanian junior players aged 9-14 years took to the Geilston Bay Tennis Club courts in February for a full day of on and off-court experiences during the second Tasmanian Females in Tennis Development Camp.

The event, which followed on from the inaugural Devonport Tennis Club camp experience in December, was one of 25 specialist female development days being held across Australia, with the aim of amplifying opportunities for girls and women in tennis, as well as identifying players for state and national development pathways.

Designed specifically for girls and reflective of what is being seen in the modern women’s game, the camps focus on skill development, peer connection and unique experiences within tennis.

National Development Squad Coach Raphael Durek was all smiles following the program, praising the second intake of local female juniors, who were visited on the day by The Minister for Sport & Recreation, Jane Howlett.

“It was a really good day for the girls and they competed, trained and connected with one another well,” he said.

“To have Jane come down and have a chat with them was fantastic, and it was awesome to be able to host the camp at Geilston Bay Tennis Club.”

Tennis Tasmania’s Schools Development Coordinator Alyssa Hibberd said the camps were a great way for Tasmanian girls to bond as people and not strictly as young athletes.

“It was nice to see the second group of girls come together and to learn about and support each other, both on and off the court,” she said.

“It’s important that they leave the camps feeling empowered and proud of their strengths.”

A third ‘statewide’ camp is planned for late march, bringing together selected participants to build on their learnings and development from their initial experiences.

“Hopefully we can build on the  momentum from the first two camps and continue to see participation in the female space continue to grow in Tasmania,” Durek said.

Further information on the upcoming third Females in Tennis Development Camp to be held in late March will be announced soon.