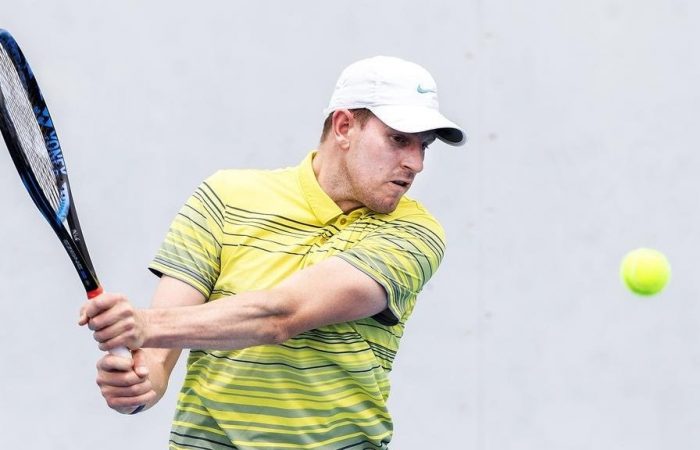 Represented in the final by Tasmanian No.2 Edward Bourchier, Jakob Haas and Karl Gregory, the Domain outfit led by two rubbers to one when the final matchup was abandoned due to rain.

Bourchier’s ongoing rivalry with Tasmanian No.3 and rising star Sam Edgar continued, with Bourchier prevailing in a close singles contest 7-5 6-4 to open his team’s account.

The doubles pairing of Jack Derrick and Eliane Fader struck back for the Eastern Shore side, defeating Haas and Gregory in a super tie-breaker to even the ledger, before Bourchier and Gregory claimed the second doubles rubber, ultimately deciding the contest.

Premier League co-organiser Bourchier, pictured above courtesy of Chris Kidd/The Mercury, hailed the opening season of the league a success, and was pleased with the buy-in from the playing group and clubs alike.

“It was great to see matches played in a fun competitive spirit,” he said.

“Just as fantastic was seeing players embracing the league and enjoying their tennis.”

“I’d like to say a big thank you to the league sponsors for supporting the first season and to the clubs who hosted matches.”

“We look forward to starting another season in 2021.”