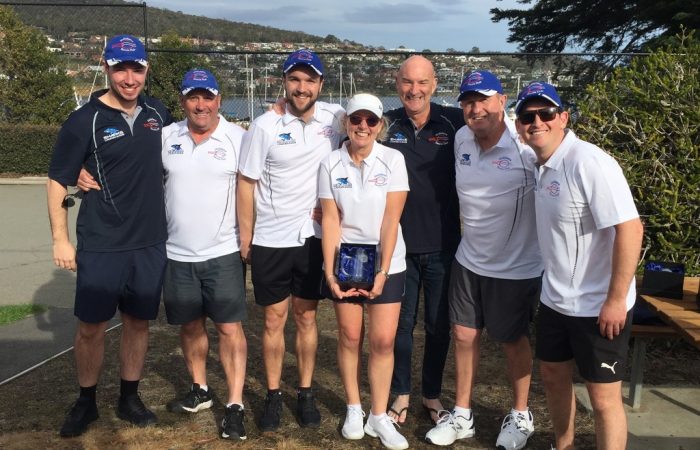 The inaugural Southern Tennis League champions have been crowned, with teams representing The Domain Tennis Centre and Lindisfarne Tennis Club claiming the spoils on Saturday.

Lindisfarne Tennis Club played host on finals day, with a strong crowd turning up to cheer on the four Southern clubs competing across two divisions.

In the Division 2 decider, the Domain Penguins were too strong for the Geilston Bay Aces, hitting away to a 5-5-36 to 1-1-17 victory, with captain Fairlie Lamond and her team all smiles post-final.

The Lindisfarne Sharks (picture above) hosted the Sunshine Sizzlers in a battle of the Eastern Shore for the Division 3 title, with the Sharks rallying late to record a 4-4-32 to 2-2-29 win on their home courts, completing an undefeated season in the process. Team Tennis and Tournaments Coordinator Matthew Scott sung the praises of the seven clubs who entered teams across the six weeks of competition.

“The STL has been well-supported by clubs in its first season, with over 80 players competing across the two divisions,” he said.

“The competition is all about being part of a team and supporting one another, and we’ve seen some great rivalries and club identities develop so far.”

“I’d like to say a big thankyou to the Lindisfarne Tennis Club for hosting the finals day and to everyone who showed up and contributed to a great atmosphere.”

Season Two of the Southern Tennis League is set to commence on 24 October, with club representative teams able to be entered by clicking HERE. 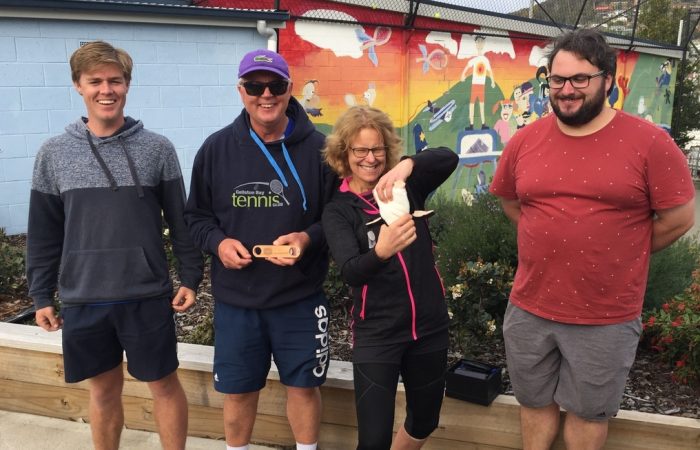 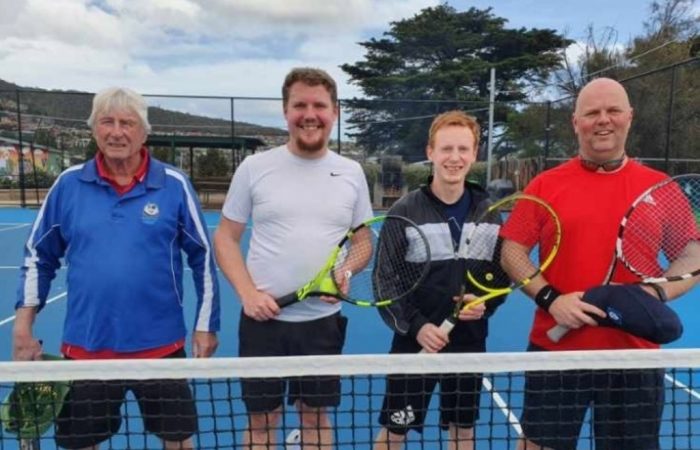