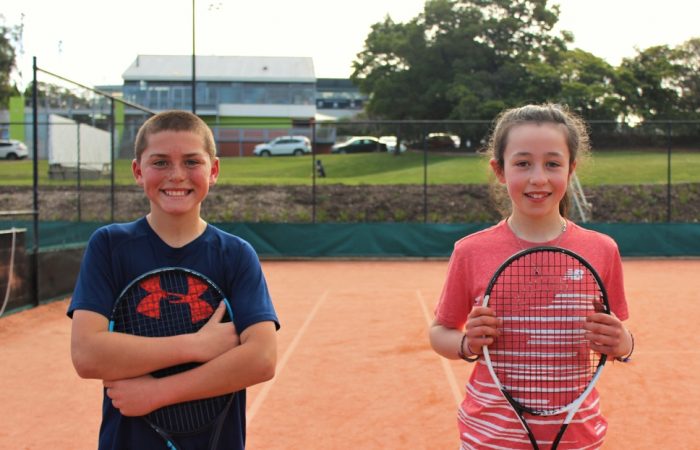 Tasmanian junior players aged 10-17 years have hit the courts at the Domain Tennis Centre in Hobart for a series of player development camps.

Over 40 players from around the state participated in the programs, held across six days in the south of the state, with many looking forward to a return to tournament play on the final weekend of the school holiday period.

“The theme of the camps has been driving intensity and defining what that is,” Tennis Tasmania Talent Operations Manager Trent Constance said.

“Intensity in tennis is about good footwork, strong concentration and positive energy, and the players have demonstrated a great level of bringing these into activities every day.”

Constance was pleased with how players from all around the state worked together during the camps, with many attendees having not taken to the courts together since pre-COVID-19 restrictions were applied.

“Most of the players participate in the regional player development squads that we have running weekly, as well as working with their private coach squads,” he said.

“They’re all part of a program pathway and enjoying their tennis, especially when we’re able to bring everyone together.” 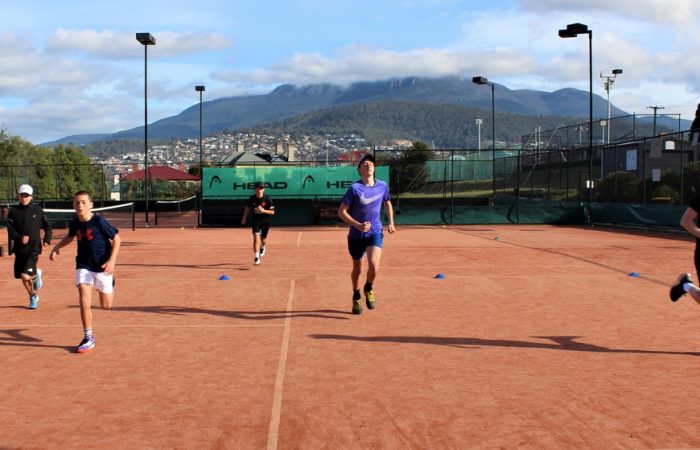 For 10-year old junior player Escher Case-Boag, the highlights of the week were the matches at the end of each day.

“This is one of my first camps and I’ve already made heaps of friends,” she said.

Rupert Mullins enjoyed pushing himself during the fitness challenges, with the Hobart junior old all smiles on the final day of camp.

“We’ve been doing lots of work around our energy and putting in 100 per cent,” he said.

The 11-year old has been playing tennis for four years, and like many of his fellow camp attendees, was looking forward to competing in the upcoming Tennis World July Classic, to be held in Launceston from Friday until Sunday.

This weekend will also see a return to tournament play in the south of the state, with the Geilston Bay UTR Open to be held on Saturday and Sunday.