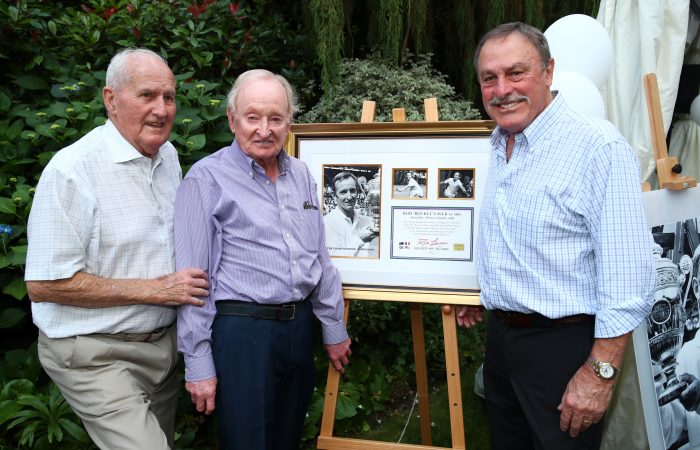 Fraser won 19 Grand Slam titles during his stellar career – including the Wimbledon singles title in 1960 and consecutive US Open singles titles in 1959-60. He won a career Grand Slam in men’s doubles, collecting 11 major titles in total.

Fraser became Australia’s Davis Cup captain in 1970 – a position he held for a record 24 years. He guided Australia to four titles during this time.

Elected into the International Tennis Hall of Fame in 1984, the 85-year-old Melbourne-based Fraser still remains involved in the game as an ambassador with Tennis Australia.

Fraser will share stories from his career during the awards presentation evening at the Tonic Bar at Launceston’s Country Club Tasmania on Saturday 31 August.

“The Tasmanian Tennis Awards are a chance to celebrate the outstanding clubs, schools, individuals, coaches, officials and hard-working volunteers that are the heart of our Tasmanian tennis community,” says Tennis Tasmania General Manager Darren Sturgess.

“With participation numbers across the state continuing to rise – up 15 per cent year-on-year, we have much to be excited about. To have Neale Fraser – a legend of Australian tennis – joining the celebrations makes it extra special. We can’t wait to hear his insights and stories from a career that spans an incredible 70 plus years.”

Tickets are still available for the awards presentation evening, with $70 adult tickets including dinner and drink upon arrival. Group bookings made before 16 August go in a draw to win a Hobart International 2020 hospitality package. Book online or call (03) 6108 8205 to secure a place.