Two Tasmanians named in All Australian Team at Pizzey Cup 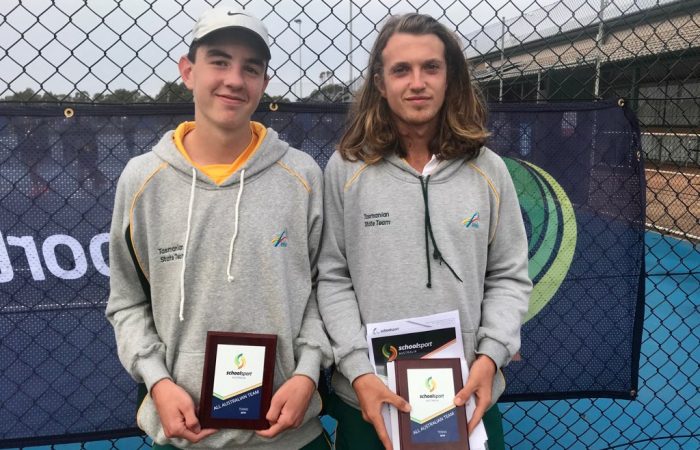 A team of Tasmania’s best junior players represented with the state with distinction at the Pizzey Cup last week, finishing sixth in the prestigious competition.

The Pizzey Cup is an annual event for the best 18 and under students from each state. The inaugural event was held in 1963 and is named after former Queensland Premier Jack Pizzey. Past competitors include Pat Rafter, Sam Stosur and Casey Dellacqua.

“As a team we competed really well,” Youl said. “We had a great win over the ACT, with a nail-biting finish. In our final match we pushed NSW, the eventual runners-up.

“It’s an absolute credit to our players for the spirit they showed throughout the week. A special thanks also to David Dickson and Katherine Kelly for their fantastic support as team coach and manager.”

Ruben McCormack, who spearheaded Tasmania’s boys’ line-up, and Sam Whitehead were both named in the All Australian Team. The honour is awarded to the eight best performed singles players from all states throughout the week-long event.