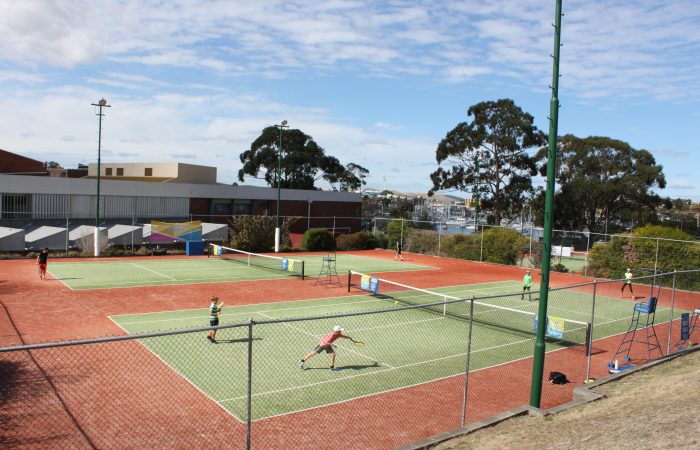 Community members of all ages joined in the fun at a Rosny Park Tennis Club tennis-a-thon at the weekend.

The club’s courts were in use for 24 consecutive hours from 8am on Saturday 30 March to 8am on Sunday 31 March. The event also included a special visit from City of Clarence mayor Doug Chipman to officially open the club’s new covered deck.

The tennis-a-thon began with ANZ Tennis Hot Shots Red Ball matches for beginners and ended with an over 70s social hit. In between, there were exhibition matches featuring some of Tasmania’s best juniors, social play opportunities and a high-energy Cardio Tennis session.

Many competitors, including some in fancy dress, braved the cool weather to play through the night.

The event raised just over $2,000 for Melanoma Tasmania, which will enable the organisation to raise awareness about this common cancer (the most common in 15-39 year olds) and assist with implementing UV meters across the state.