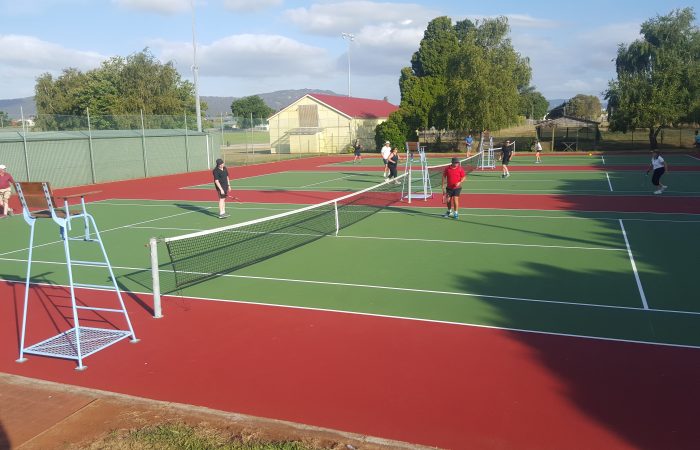 Scottsdale Tennis Club celebrated the beginning of a new era at the weekend, officially unveiling a Book a Court system.

Book a Court is a national online court booking and payment platform that connects with pin pad technology on club gates.

“It removes the need for keys, and we can use social media and the internet to promote the club facilities and attract more players,” he said.

> Book a Court now at the Scottsdale Tennis Club

A Tennis Australia rebate helped the club fund the system, which was installed with support from Tennis Tasmania and Dorset Council. The Federal Government was also an integral partner, providing a grant supported by Senator the Hon Bridget McKenzie, Minister for Sport.

Monson explained ongoing benefits for the club would include more accurate data on bookings and court usage, while all profits generated from court hire would help the club to further improve their facilities.

Club members (who pay $45 per year) can still access the courts for free, while non-members and visitors can use the online system to hire the courts from $5 per half hour.

The club is also providing free tennis balls to anyone who hires their courts via the Book a Court platform, while floodlights at the club are being integrated into the system so they automatically turn on and off during night bookings. 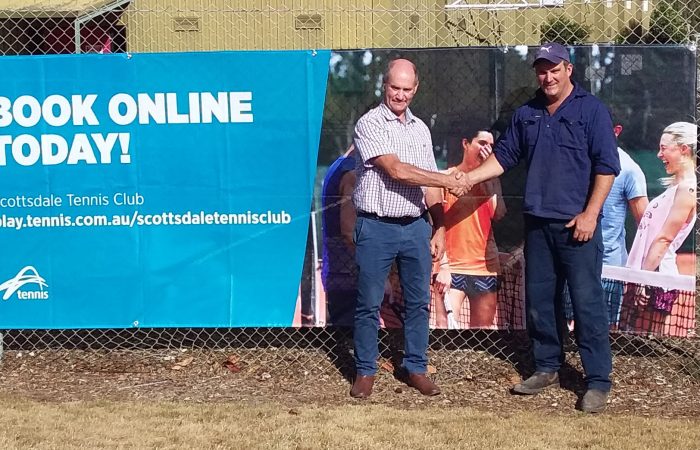 Dorset Council Mayor Greg Howard (pictured above left with Monson) was a special guest at the official launch.

“Dorset Council wants to maximise the utilisation of our quality assets in Dorset, which is why we are working hard with local sporting clubs to make these facilities more easily available to the public,” Howard said.

“We are fortunate to have three excellent condition tennis courts in Scottsdale, and they are well maintained and supported by the council and the tennis club. Two of the courts already have lights, and we are working with the tennis club to install lights on the third court this year, with the club making a significant financial contribution to the costs.”

Monson recognised the work of club member Nigel Mercer in driving the project, which he believes strengthens future development of the sport in the state’s north-east region.

The Book A Court system has already proven a success in Tasmania, with Lindisfarne Memorial Tennis Club the first to install the system last year.

Is your club interested in Book A Court? Contact Simonne to find out how to make it happen.