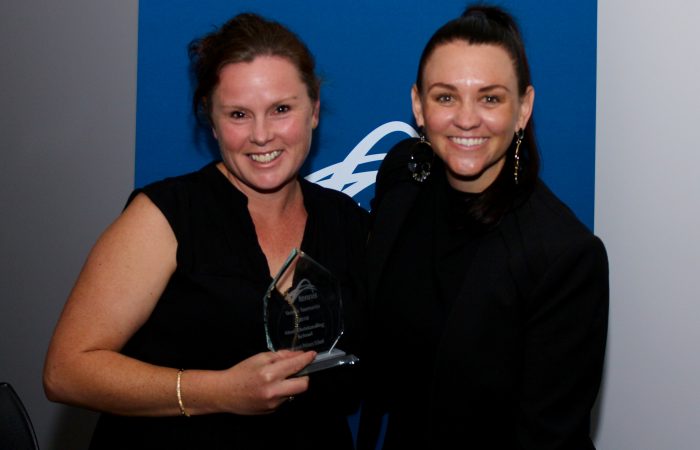 Tennis participation levels in Tasmania are rising – and the biggest growth is in schools.

Devonport Primary School was recognised as a leader in this area at the 2018 Tasmanian Tennis Awards, receiving the Most Outstanding School award. The school, which has 330 students, offers tennis from kinder to grade six.

“It is nice to be recognised. We like to give our kids the opportunity to have a go at things, so winning this award is fantastic,” said Narelle Genge, the school’s health and physical education teacher.

Students at Devonport Primary School have embraced ANZ Tennis Hot Shots since its introduction two years ago. As well as playing tennis in physical educations lessons, almost half of the school’s students have taken part in a Lunchtime Tennis Club introduced this year.

“They love it,” Genge said.

Former world No.1 doubles player Todd Woodbridge has twice visited the school as part of the ANZ Tennis Hot Shots Racquet Roadshow. His most recent visited was in May, where he distributed racquets to prep students and shared stories from his stellar career.

“He is just so inspirational and now all the kids want to be just like Todd,” Genge said. 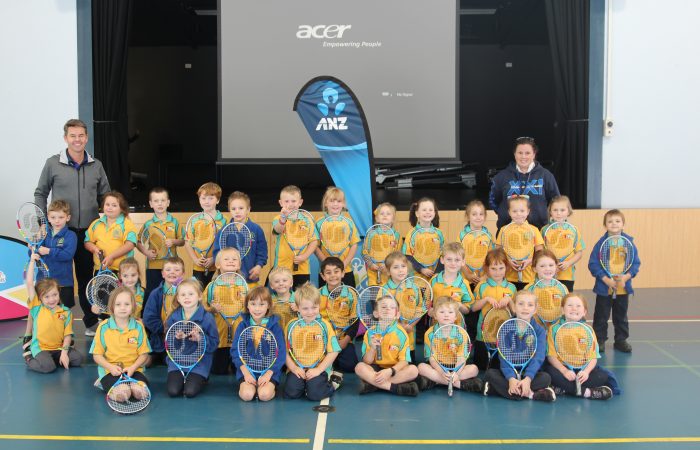 The school has also developed a strong relationship with Devonport Tennis Club coach Gray Hillier, who runs lunchtime lessons and provides a pathway for interested students to continuing playing the sport outside of school hours. They are also actively seeking to increase inter-school participation opportunities in the North West region.