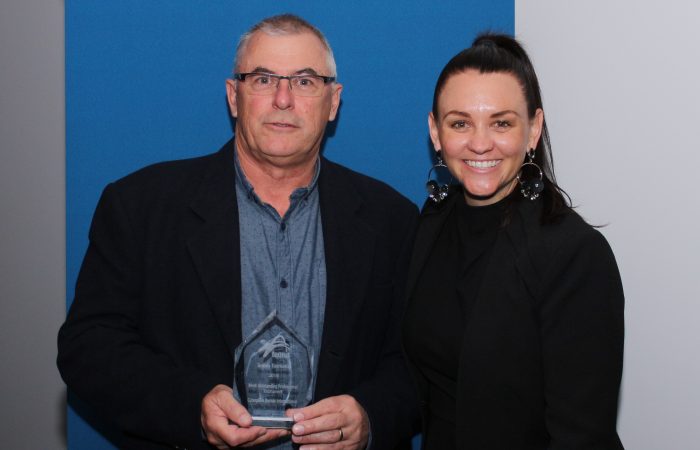 Burnie Tennis Club is celebrating after the Caterpillar Burnie International was named the state’s Most Outstanding Professional Tournament.

“It’s great to get recognition for the hard work that people put in,” he said. “We are lucky to have a great club environment where people want to get involved.

“Even if people have never picked up a tennis racquet themselves, they still put their hand up to help run this great event. This tournament is important for our town, for our club and that is our strength, having people who want to be part of it.”

The tournament has a proud history of unearthing future champions, with past winners including top Australian players John Millman, Bernard Tomic and Daria Gavrilova, as well as international stars Hyeon Chung and Eugenie Bouchard.

Improved facilities have already proved popular with players, while corporate and social functions during the tournament continue to be well supported and help broaden the event’s appeal.

The tournament’s future looks even brighter, with a calendar move set to boost player fields. Traditionally the Burnie International is held in the week after the Australian Open, but from 2019 will be played a week earlier.

“We’re already lucky to get world-class tennis here without having to travel – and we’re hoping that the earlier start will entice even more big-name players to come down and further strengthen our fields,” Johnstone said.