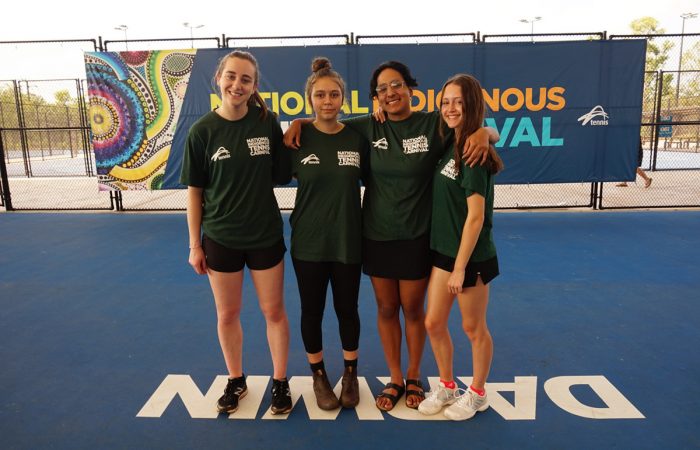 The Tennis Australia-run four-day carnival, held at the Darwin International Tennis Centre, involved 180 participants from every state and territory. Participation opportunities were intertwined with a celebration of Indigenous food and culture at the carnival. Rapper Baker Boy staged a free concert, with tennis legend Evonne Goolagong Cawley the carnival’s guest of honour.

“Being a proud Tasmanian Aborigine on my mother’s side and Northeast-Arnhem land, Northern Territory on my father’s side, when I found out that I was selected to be a part of the Tasmanian team I was overwhelmed with excitement and extremely grateful,” Ganambarr said.

“Being able to travel to the first National Indigenous Tennis Carnival was such an amazing opportunity and opened so many doors for me culturally, socially and athletically.

“I had not been back to my home state for eight years. Thanks to Tennis Australia I was able to re-connect with my own mob as well as young Indigenous and Torres Strait Islanders from all around Australia. This was an especially rewarding trip for me that will always be held close to my heart.”

Hogan was also grateful for the opportunity.

“It not only gave me the opportunity to develop my tennis skills, but to also learn about Aboriginal culture in Darwin – which has many differences to Tasmanian (Palawa and Pakana) culture,” she said.

“I hope that next year’s Tasmanian team is full of more keen young Indigenous tennis players.”