Tassie Official up for National Award 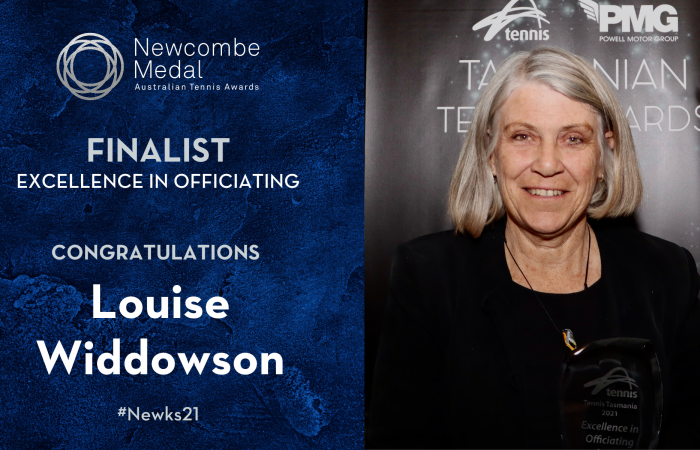 After taking out the Excellence in Officiating award at the Tasmanian Tennis Awards earlier this year, Louise Widdowson has been selected as a finalist for the Australian Tennis Awards to be held in Melbourne next week.

Louise (Lou) has been around the Tassie courts for longer than most Junior players have been alive. Starting out where most officials do as a Linesperson, then moving up to a bigger challenge as a Supervisor, before finally becoming a Level A Referee. She is an Educator and Coach for fellow Officials (Supervisors, Monitors and Lines), and regularly promotes the opportunities of Officiating at local events to potential recruits. Lou has also made many an interstate trip for officiating, including to the Australian Open multiple times.

Most tournament players around the state will have met Lou throughout the years, and no doubt enjoyed her upbeat, helpful attitude. She has a player first approach, looking to educate the player whenever possible and ensure the tournament experience is a good one.

On behalf of the entire Tasmanian Tennis community, we thank and congratulate Lou on this incredible achievement. Good Luck, Lou!