Southern Tennis League titles up for grabs on Saturday 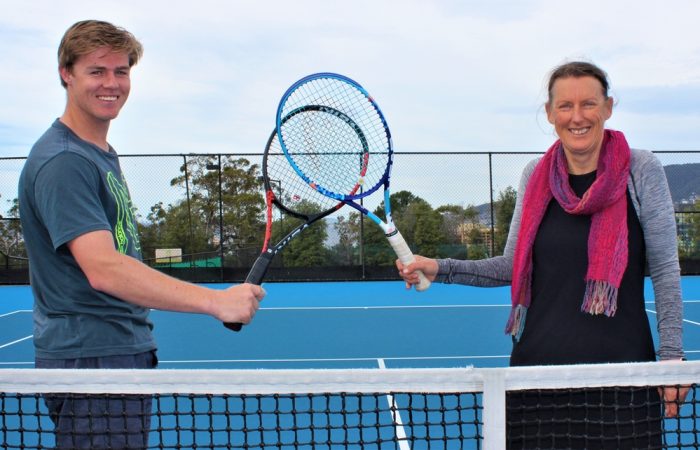 Club rivalries will be on display this Saturday at the Lindisfarne Tennis Club in Hobart, with teams from four clubs set to compete for titles across two divisions as part of the inaugural Southern Tennis League finals day.

Team Tennis and Tournaments Coordinator Matthew Scott was pleased with how the players from the south of the state have embraced the competition in its early stages.

“The STL has been well-supported in its first season, with seven clubs and over 80 players taking part across the two divisions,” he said.

“The competition is all about being part of a team and supporting one another, and we’ve seen some great rivalries and club identities develop so far.”

“We’re already looking forward to next season, which will kick off on October 24.”

The Division Two final will see the Domain Penguins meet the Geilston Bay Aces, with Penguins captain Fairlie Lamond excited ahead of what is expected to be a close contest.

“We’ve had a great time over the past five weeks, and the team is looking forward to a good-spirited final to end the season,” she said.

Aces captain Andrew Bourke echoed the sentiment and was quick to point out the light-hearted rivalry that has already developed between the two clubs.

“It’s been great getting a Geilston Bay team together and playing some fun doubles matches, and we’re expecting some friendly banter on Saturday,” he said.

The Division Three final will be an all-Eastern Shore affair, with the Lindisfarne Sharks hosting the Sunshine Sizzlers.

Both sides remain undefeated heading into the decider, having played out a draw when they met during the regular season.

Full results for the Southern Tennis League are available HERE.

In junior team tennis news, the Southern Tassie Junior League final will also be held on Saturday at the Domain Tennis Centre, with Team Akl taking on Team Miller from 10:00am.