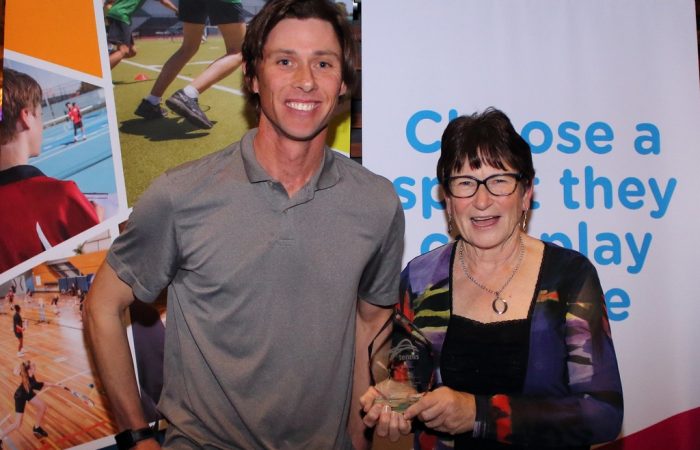 Tasmania will have a presence at the upcoming 2019 Newcombe Medal, Australian Tennis Awards, following the announcement of four finalists from the state earlier today.

The annual awards ceremony will take place at the Crown Palladium in Melbourne, on Monday 2 December, recognising the outstanding contribution of the wider tennis community.

Tasmania is set to be represented in four out of the 14 award categories.

Devonport Primary School has been announced as a finalist for the Most Outstanding School award for the second year in a row.

Students at Devonport Primary School have embraced the ANZ Tennis Hot Shots program since its introduction in 2017, with almost half of the school’s students taking part in lunch time tennis clubs.

Physical education teacher Narelle Genge believes that the school’s passion for tennis is second to none, with the sport popular with many students from kinder through to grade six.

“In addition to the tennis club, we also run a tennis group just for girls, tennis activities in our school daily morning fitness and PE lessons, and participate in local tennis events at the Devonport Tennis club,” she said.

The Caterpillar Burnie International will be vying for the Most Outstanding Professional Tournament award, with the popular North West Coast event in the running to claim the title for the third time, having taken out the category in 2010 and 2011.

Burnie International committee chairman Anthony Johnstone described the nomination as a fitting outcome for the time and effort put towards staging the event.

“It is wonderful recognition of the Burnie International, especially for the army of club volunteers who make it happen,” he said.

“It is also a reward for our partners including the Burnie City Council, Events Tasmania, State Government, naming rights sponsor Caterpillar and our other valued sponsors.”

“The event continues to evolve and we are looking forward to providing another world class sporting experience for the region in January 2020.”

The SRT Logistics Clarence Open has been nominated for the Most Outstanding Australian Ranking Tournament award.

Tournament co-director Tony Blom believes the inclusive focus of the tournament, which is also supported by the Clarence City Council and Events Tasmania, has contributed to its success.

“We see the Clarence Open as a mentoring event, and aim to cater to a wide range of entrant abilities, from juniors in school programs right through to experienced competitors,” he said.

Launceston-born coach David MacPherson has been nominated for the Coaching Excellence Performance award.

Once ranked No.11 in the world in doubles, the highly-regarded MacPherson coached the formidable doubles duo Mike and Bob Bryan and current World no.19 John Isner before accepting the role of head coach of the men’s tennis team at George Washington University in Washington, D.C.

“The individuals and coaches who run and organise the school programs and tournaments make valuable and meaningful contributions to the sport of tennis in Tasmania,” he said.

“Their dedication and passion is to be commended and today’s announcement is thoroughly well deserved.”

“We wish our four finalists all the best and we’ll be cheering for them on the night of the awards!”